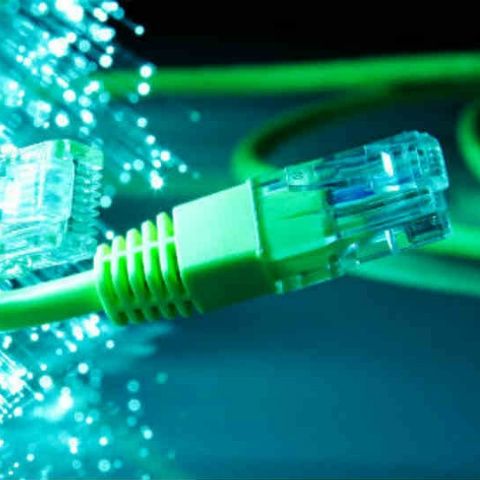 The new plan is said to enable internet access at 50Mbps speeds.

It is reportedly available at a one-time non-refundable registration fee of Rs 1,999.

With the news of Jio nearing the commercial launch of its JioGigaFiber internet service, it seems like the competition is bolstering its services. Hathway has reportedly launched a new unlimited broadband plan called ‘Lifelong Binge’ for its users. Under the new offer, a user is said to get internet access at 50Mbps speeds for a monthly rent of Rs 399. There’s a one-time non-refundable registration fee of Rs 1,999 to gain eligibility for the new pack. Reported by Telecom Talk, the new offering by Hathway is not currently listed on the company’s website and the plan is said to be available only for the ISP’s users in Hyderabad.

Additionally, the new plan is said to come without any cap on data consumption and is apparently truly unlimited. This means that the users who opt for the offer can download and surf as much as they want, without being capped at lower speeds. The new offer by Hathway seems to be a revised version of its previously reported ‘Life Set Hai’ offer. The plan was announced back in May and it offered unlimited access to the internet at speeds of 50Mbps with prices starting at Rs 349. The plan was originally priced at Rs 449 but was made available with a discount of Rs 100.

Hathway also had a Play Box Android streaming device in October last year. It supports playback of up to Full HD 1080p videos and comes with a remote with dedicated buttons for popular services like YouTube, Netflix and Google Play. Priced at Rs 2,999, the box also supports Google Assistant and comes with a voice functionality on the remote - like the Amazon FireStick remote. The internet provider was previously reported of offering the box free of charge for users who subscribe to a 100 Mbps plan or above for a duration of two months or longer.