The email service includes a Snapchat-like feature which allows users to send emails that self-destruct in the recipient's inbox after a specified amount of time. 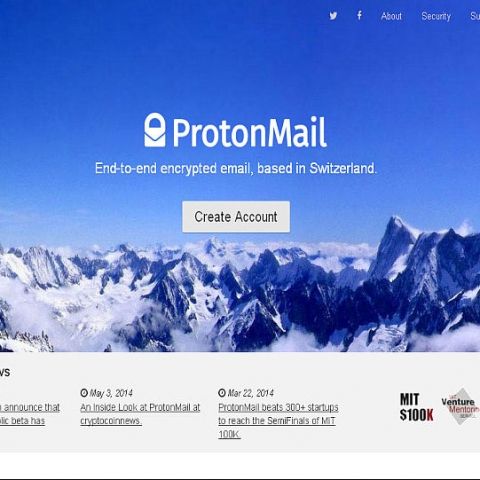 Five ex-students of Harvard and MIT have created a new email platform called ProtonMail. The students met while working at the European Organization for Nuclear Research (CERN) in Switzerland and shared their common desire of building a secure email service. Their aim was to create an email service which would be even more secure than Lavabit - Edward Snowden's email service of choice for releasing all his online communication.

The founders of the email service claim that ProtonMail is so secure that even the NSA can't extract data from it. The service has just been released in its beta phase. On their website, the creators say that "all user data is protected by the Swiss Federal Data Protection Act (DPA) and the Swiss Federal Data Protection Ordinance (DPO) which offers some of the strongest privacy protection in the world for both individuals and entities. Only a court order from the Cantonal Court of Geneva or the Swiss Federal Supreme Court can compel us to release the extremely limited user information we have."

ProtonMail claims that user data is never accessible to even the founders as it provides zero access to user data. Andy Yen, one of the founders of the email service says,"Even we don't have the ability to read that email. If we can't read it, we obviously can't turn it over to any government agencies."

ProtonMail also features a Snapchat-like goodie which lets users program their emails to self-destruct once they have been in the recipient's inbox for a certain period of time. It is a free to use service but in order to get extra premium features, a user will need to pay extra money just like the Dropbox's model where you start free and pay more for extra storage. Premium users will need to pay $5 a month to use its extra features.

ProtonMail service has also been reviewed by computer security experts at CERN and was launched in a beta phase on May 01. Already, the service has registered nearly 1,000 users. Currently, the founders want people to try and find bugs as well as share suggestions to improve the service.

ProtonMail's front-end developer, Jason Stockman says, "We're definitely not for 100 percent of the population but for those who don't like what the government is doing."