Google silently closes its Music India search service, which was launched as a labs product in October 2010. 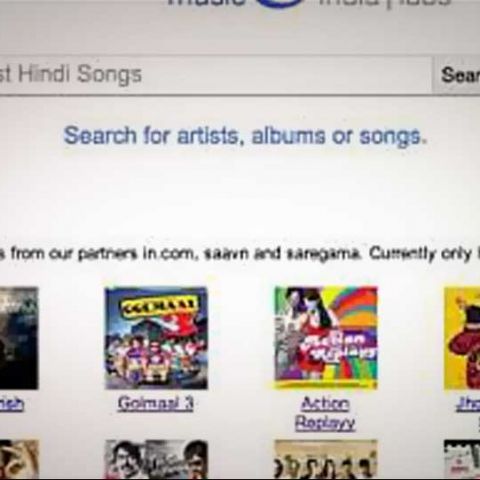 Google has shut down its Music India Search service which enabled users to search for songs from Bollywood films as well as from music albums, as it failed to perform as per expectations.

Google's Music India search service was launched in October 2010, and had partnered with music sites like Saregama, Web18-owned In.com and Saavn, to return thousands of song results to music lovers. Google had also entered into revenue sharing with various music sites for Music Search India.

The Google Music India allowed users to search for specific songs from its partner sites like Saavn.com without having to depend on a particular service. Google had projected the Music Search as an experimental lab product and was expected to shut down since it didn’t pick up.

Google has confirmed this shutdown and stated: "We are always trying out new products and formats to improve the experience for our users. Given that we have a lot of legal music options for users now (raaga, gaana, in.com, saavn, dhingana, youtube etc) being featured on search, we felt we did not need a dedicated product for the purpose."

Google has been on a cleaning spree recently and has shut down more than 60 products since September 2011. The search engine giant had recently shut down its location-sharing service Latitude, as well as other services like Google Pack, Google news badges, Google Voice app for BlackBerry, Google Reader, Google Cloud Connect Snapseed Desktop for Macintosh and Windows and Google Building Maker.