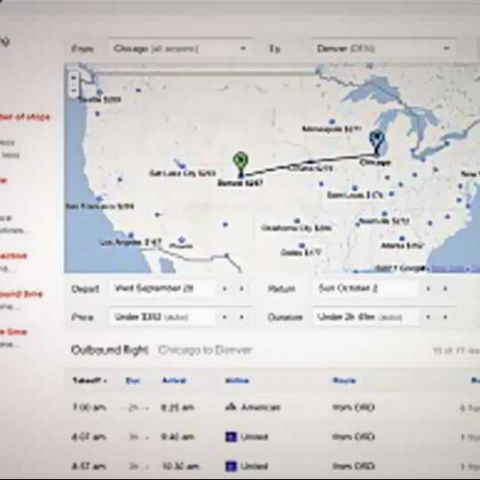 Looking to book a flight from the U.S. to another country? Google can help!

The Web giant announced that its Flight Search tool can now be used to find and compare flights to more than 500 airports outside of the U.S. With the update, users can find flights departing from the U.S. to destinations around the world, including Amsterdam, Buenos Aires, and Venice.

"If you're in the U.S. and thinking of hitting the slopes in the Swiss Alps or heading to Sydney for a getaway, you can now use Flight Search to find and book a flight quickly and easily," Eric Zimmerman, product manager at Google, wrote in a blog post Thursday. "Since we launched Flight Search, we've heard from many globetrotters eager to use the feature to search for destinations outside the U.S."

With the tool, users can click various cities on the map to see the different flight options available "almost instantly." Google is working to expand its global coverage and plans to add more international destinations in the future.
"Likewise, if you're looking to hop over to Europe for a weekend from New York City and are flexible with your departure and arrival airports, you can see the options for your gateway," Zimmerman wrote. The tool can also be used to compare flights to a certain destination by date.\

Google launched a desktop-only version of Flight Search in September. But the Web giant's move into the travel space has been somewhat controversial.

Its acquisition of ITA Software last year threatened travel-industry rivals like Kayak, which petitioned regulators to block the deal. The Department of Justice ultimately approved the acquisition, however.