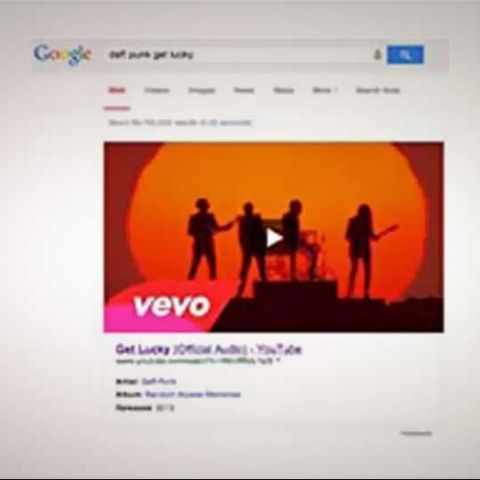 Google has rolled out a new update for music searches, that shows the top music videos generally from the artist's official YouTube channel. The video may appear from a random YouTube user as well as from other video sites.

Once the user clicks on the search result, the link will take him/her to YouTube to watch the video. Below the video, Google also puts links to searches for the artist and the album, which the song users have searched for.

A Google spokesperson said that the new search results shows videos from YouTube as well as other sources, "from multiple sources, not just YouTube – it highlights the first playable video in the search results." Though the results from other sites are shown in a much smaller thumbnail.

The Google spokesperson added: "This was already available in September 2013 when you searched for an artist and then clicked on a song - you'd see a preview of the music video if it was available to display. Yesterday we made it easier to get to - you can now just search for a song directly and see the video screenshot right away."

Google search for Android now lets you search within apps on Google Play as well as third party apps. The search results will be displayed under two categories; an 'Open in App' feature takes you to relevant apps that are already on your phone and the second will take you to the relevant apps from the Google Play store.