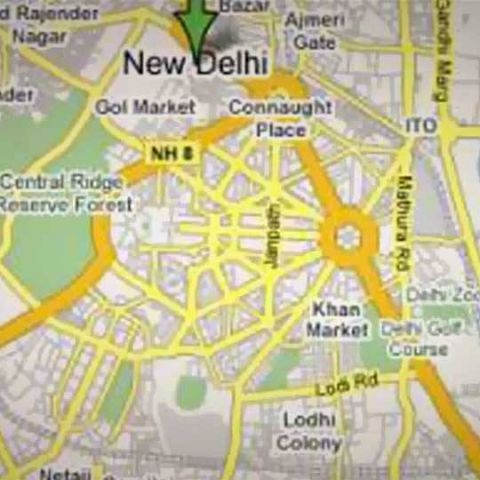 Rao's scathing attack indicates the government is unlikely to go soft on Google over the Maps controversy.

"During their (Google's) Mapathon 2013 exercise, they collected lot of classified data and we had approached them to refrain from doing so when we came to know about it," Rao is quoted as saying. "They (Google) have expressed their desire to meet me at some hotel but I have been firm of a meeting in office," he further said.

Roa's scathing attack on Google comes days after the CBI lodged a preliminary enquiry against the Internet company on the basis of complaint filed by Surveyor General of India's office to the Union Home Ministry. Google has been accused of not taking permission from the relevant authority before launching its Mapathon competition in 2013 in which users were asked to add their location details on Google Maps.

Surveyor General of India is the official mapping agency for the country. “The responsibility for producing, maintaining and disseminating the topographic map database of the whole country, which is the foundation of all spatial data vests with the Survey of India (SOI). Recently, SOI has been mandated to take a leadership role in liberalizing access of spatial data to user groups without jeopardizing national security,” says the National Map Policy, 2005.

Google, however, has vowed to extend co-operation with investigation agency. “We continue to be in touch with relevant authorities and take national regulations and security very seriously.We are cooperating with the CBI’s investigations and have submitted a detailed response to the queries that they have sent. We have nothing more to share at this point in time,” says Google.

Cyber security issues have taken centre stage of late, especially after revelations that the US' NSA has been snooping on other countries and their citizens through these Internet companies.

What do you think of the entire controversy? Let us know your comments section below: