Google Maps users can now explore some the most famous mountains on the planet - including Aconcagua (South America), Kilimanjaro (Africa), Mount Elbrus (Europe) and Everest Base Camp (Asia). 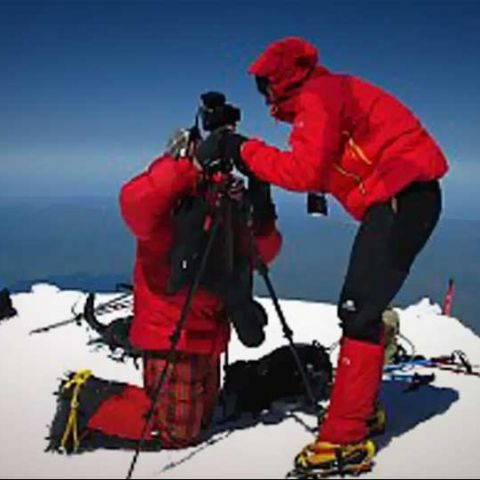 After having added panoramic images of the Grand Canyon and underwater coral reefs, Google Maps now offers virtual tours of the world's most popular mountains including Kilimanjaro and Aconcagua. The views from the snow-capped Everest Base Camp and Mount Elbrus in Europe have also been added to Google Maps.

Users can drop into various camps and check out locations along the mountains to have 360-degree panoramas and even trace the paths of some mountains’ trails via Google Maps. The mountains photographed by Google's Street View team were among peaks often dubbed as the 'Seven Summits', the seven highest peaks on the Earth.

“While there’s nothing quite like standing on the mountain, with Google Maps you can instantly transport yourself to the top of these peaks and enjoy the sights without all of the avalanches, rock slides, crevasses, and dangers from altitude and weather that mountaineers face,” Google adventurer Dan Fredinburg said in a blog post.

Google team used simple tripod-mounted digital camera loaded with a fisheye lens to take the popular 360-degree views. Google has also published a behind-the-scenes look at its latest addition to its special collection.

"Whether you're scoping out the mountain for your next big adventure or exploring it from the comfort and warmth of your home, we hope you enjoy these views from the top of the world," added Dan Fredinburg in the blog post.

"With Google Maps, you can instantly transport yourself to the top of these peaks and enjoy the sights without all the avalanches, rock slides, crevasses, and dangers from altitude and weather that mountaineers face."

Googlers Dan Fredinburg and Michele Battelli on the summit of Aconcagua.