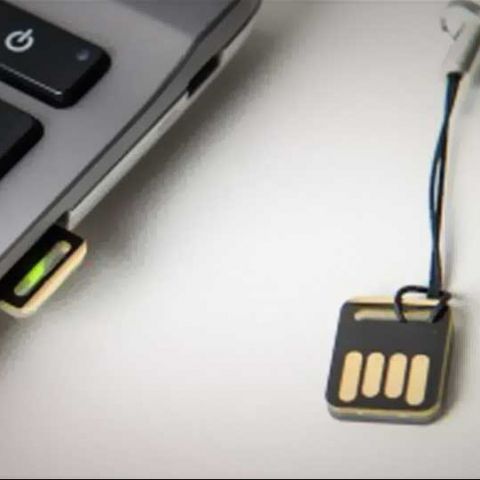 As it continues to look for alternatives to passwords, Google has developed data-encrypted rings and small USB keys that can be used to log in to a computer or an online account.

Google had first revealed its plans to replace passwords in the near future in an academic paper published online last month. Google's efforts were aimed at providing users a small USB-like device that will help log in to a computer. Google also mulled over using a jewellery-like device for this purpose.

At a recent conference, Google's product engineer Mayank Upadhyay revealed using personal hardware to log in will eliminate the possibilities of users using passwords or writing them down. He also cited the example of the ATMs used for monetary transactions.

According to Upadhyay, Google's experiments focussed on an USB key that can carry out a cryptographic transaction with an online service to authenticate the key’s validity when it’s plugged into a computer. The USB key comes with a contactless chip that can be future used to log in via mobile devices.

It's notable the devices under trial do not have a static password which could be copied. The cryptographic key unique to the device is stored inside and never gets transmitted. On plugging in with key, it authenticates “validity by correctly responding to a mathematical challenge posed by the online service it is being used to log into, in a way that doesn’t produce any information that could be used to log in again,” says a Mashable report.

Upadhyay said that the company also built a prototype ring that could take the place of a password token, although he didn’t give details on how it works. “Some people are not comfortable with a [USB] token,” he stressed.

Google has already initiated talks with other companies to lay the groundwork for using the technology. “It’s extremely early stages, and we’re trying to get more partners,” said Upadhyay.