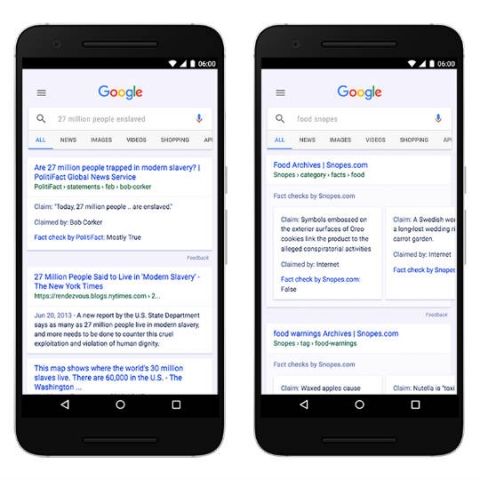 In an effort to curb the spread of fake news, Google has announced that it will bring Fact Check to Search globally. Now, when a user searches for something on Google, they will get a result with fact checks for one or more claims. Further, this information would be clearly visible on the search result's page itself. This would contain information on the claim, who made the claim, and the fact check of that claim.

Google also notes that this information won’t be available for every search result and there may be instances where different publishers checked the claim and reached different conclusions. The company says that the fact checks are not conducted by it and are presented in a manner, which would help people make informed decisions. The company states in its blog, “Even though differing conclusions may be presented, we think it’s still helpful for people to understand the degree of consensus around a particular claim and have clear information on which sources agree. As we make fact checks more visible in Search results, we believe people will have an easier time reviewing and assessing these fact checks, and making their own informed opinions.”

Google isn’t the only company trying to combat the spread of fake news. Facebook has started adding tools to help users flag any fake news that they see on the social networking service. The company says that while users will still be able to share these posts, they will get a warning stating that the truthfulness of the post is questionable.