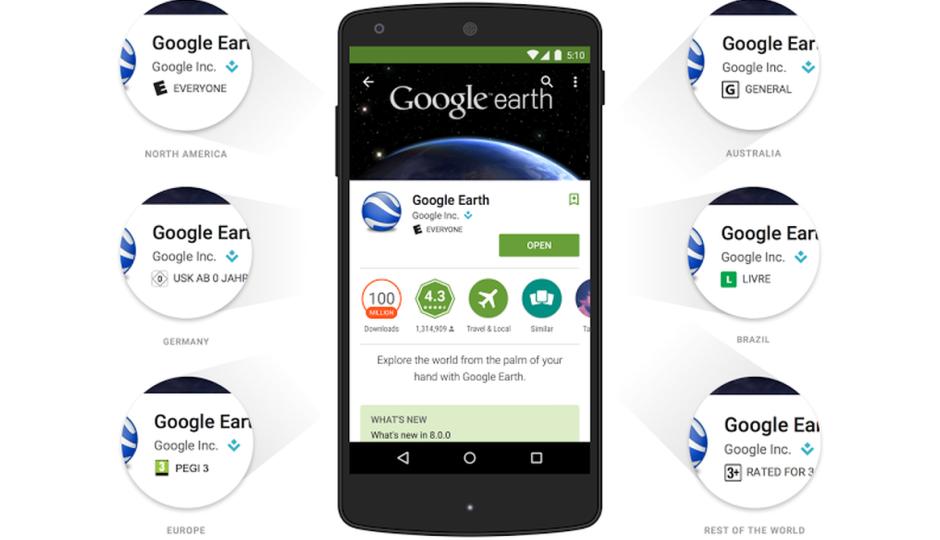 Google has started using a team of app reviewers to enforce its developer policies. The internet giant is also planning to include an age-based rating system within its Play store for consumers in the next few weeks.

App developers will need to sign into their Play developer console to complete a ratings questionnaire for each of their existing apps, else their apps will be "unrated" and risk getting blocked in specific areas. According to reports Google has been reviewing the apps for the past six months and developers have not noticed any change.

Purnima Kochikar, Director of Business Development for Google Play stated, “We started reviewing all apps and games before they’re published – it’s rolled out 100%. And developers haven’t noticed the change.”

In addition, Google is also planning to introduce age-based ratings for games and apps. The internet giant adds that from May, all new apps and updates will need to have a completed rating questionnaire in order to be published on Android's official app store. The ratings will include official rating labels where available, including Australia and North America, or will otherwise show a "generic age-based" rating.

Google stated in a blog post, "We value the rapid innovation and iteration that is unique to Google Play, and will continue to help developers get their products to market within a matter of hours after submission, rather than days or weeks."

Earlier this week, Google has introduced new changes in its search algorithm that will prevent users from landing on 'doorway pages'. The changes are part of the company's efforts to minimize the impact of webspam on users. Read: Google: Android 5.1 Lollipop memory leak fixed internally