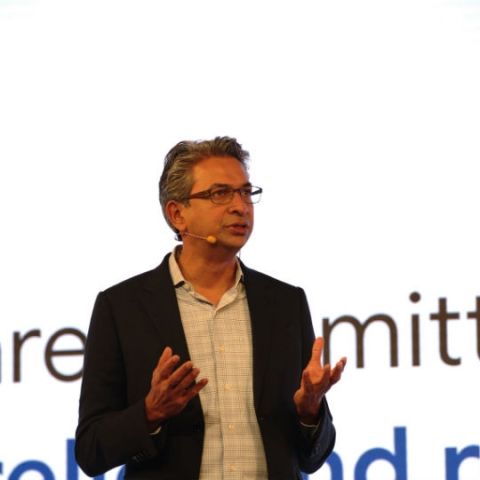 Another edition of Google for India has just ended and as always, Google had a bunch of announcements regarding what it has done in India and what it plans to do. This includes Google Pay, Feed, Assistant as well as its bread and butter, Search. The company made a bunch of announcements related to Search on Google Go. Google also unveiled a new service called Project Navlekha, which is aimed at making it easier take PDF files and get then ready for publishing on the web.

Shashidhar Thakur, VP engineering, Search, Google took the stage to announce that more-and-more Indians are coming to search. He noted that in the last 12 months, 50% of Indians are using mobile search every single day. Talking about its Google Go app which it introduced last year, the company said that it is now introducing a new feature that reads web pages out along. Besides English, the feature will be available in Hindi, Bengali, Marathi, Malayalam and Tamil.

The company notes that not only is this feature helpful for those with visual or reading impairments, but also when multi-tasking. This could include situations such as following a recipe when cooking, exercising or catching up on the news. Further, while users are listening to it, words that are being spoken out will be highlighted one after the other. This is aimed at facilitating with the learning of a new language. buildin upon its plan of helping more people learn a new language, the company announced that users will now get to see definitions in English and Hindi along with example sentences in both languages. The definition feature will also be available in Marathi and tamil, which will roll out over the coming weeks. Further, words will be broken down into phonetics, which should help users with pronunciation. Google will also be able to identify where the user is going wrong with their pronunciation. Google has not yet given a date as to when we can expect this feature to roll out to users.

Google also notes that it uses AI when reading out a webpage. The AI is able to read ‘billions’ of webpages in 28 languages and can automatically determine with parts to read and which to leave out. So user’s will only listen to parts that are important.

The company claims that this new feature is developed keeping in mind the end-user in India. Google notes that reading long-form text on a small device can be difficult and time consuming . With the new feature, users will be able to press play and follow along. Further, the feature works with 2G connections and doesn’t use much data. The company notes that the feature works with a total of 28 languages, and will be launched in those countries where Google Go is available.

With Project Navlekha, the company aims to bring offline newspapers and other publications online. The company notes that there are 135,000 newspapers and magazines in india that don’t have websites and with Navlekha, they will be able to take PDF copies and convert them to print in under 60 seconds. The tool als offers publications a way to preview the document in desktop and tablet modes. Navekha using AI to render PDF files with Indian language content into editable text, thereby overcoming issues that usually occur when copying text in Indian languages from a PDF document.

Further, Google announced that publishers will be provided with a free web hosting and a branded domain for three years. It will also offer AdSense support to begin monetizing content. Those interested in registering a .page domain here. Google claims that it has already started to take onboard publishers in Delhi and will be opening up the program to more regions.