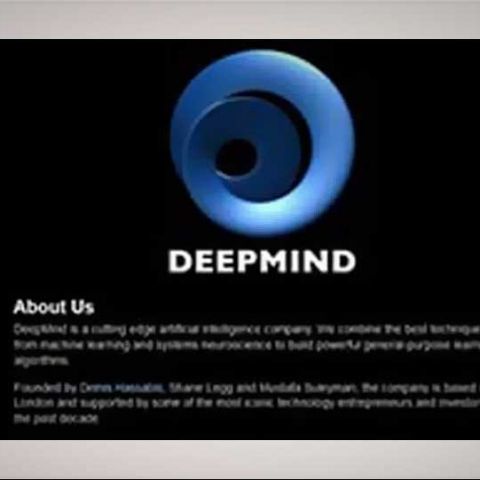 Google has reportedly acquired a London based AI (Artificial Intelligence) start-up DeepMind for more than $ US 500 million. The start-up which specializes in machine learning was founded by researcher Demis Hassabis with Shane Legg and Mustafa Suleyman.

DeepMind describes itself as a developer of "cutting-edge artificial intelligence" that can learn for itself. "We combine the best techniques from machine learning and systems neuroscience to build powerful general-purpose learning algorithms," the company's website said.

According to sources, the acquisition was led by Google CEO Larry Page himself and is a part of an artificial intelligence talent acquisition. Hassabis who is a former child prodigy in chess has been called “probably the best games player in history” by Mind Sports Olympiad.

All major technology firms like Google, Facebook, IBM and Yahoo have increasingly been focused on developing artificial intelligence as a new source of business. Google which is stepping up its efforts on the robotics front has also hired inventor and entrepreneur Ray Kurzweil in 2012 to lead an engineering team focused on machine learning and language processing. Kurzweil states that he wants to build a search engine so advanced that it could act like a “cybernetic friend.”

Google recently acquired Nest Labs, a company that makes smart home appliances that can be controlled with apps from your smartphone for $3.2 billion in cash. The company's smart appliances include Nest Learning Thermostat and a Protect (Smoke CO Alarm).