Google has officially announced the Google Drive cloud storage service, with the motto: "Keep everything. Share anything." It's offering users 5GB of free storage, collaborative real-time editing of documents and other Google Apps compatibility, chat, tra 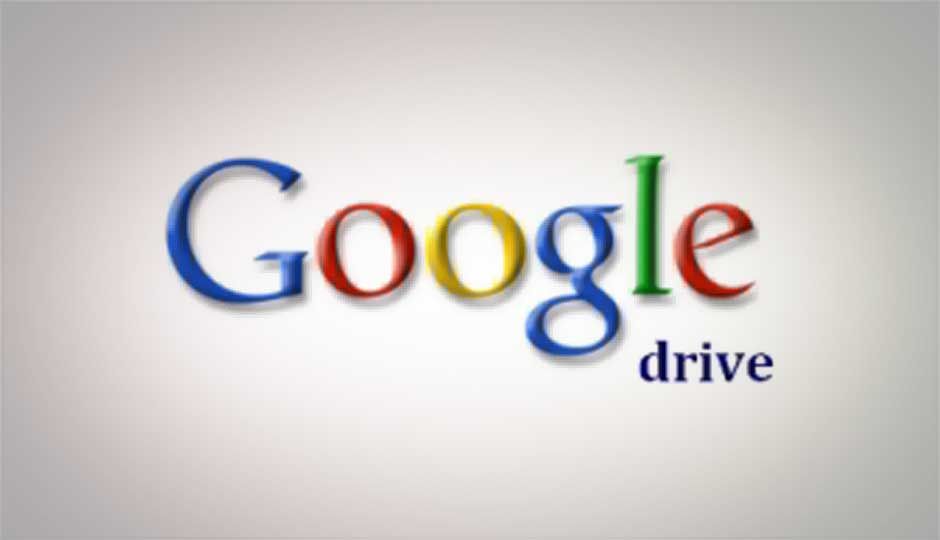 Update: Google has officially announced the Google Drive cloud storage service, with the motto: "Keep everything. Share anything." It's offering users 5GB of free storage, collaborative real-time editing of documents and other Google Apps compatibility, chat, track changes, and more.

Google Drive is currently available for Android, PC, and Mac platforms - Apple iOS support will be coming soon. Users will be able to store up to 5GB in Google Drive, 1GB in Picasa, and now, 10GB in Gmail for free. Users can purchase additional storage, which will automatically boost their Gmail storage limit to 25 GB.

The following are the monthly tariff plans Google has revealed for additional storage in Google Drive and Picasa:

Check out the video below, and refer to the Google Drive home page, for more details.

Google Drive, the internet giant’s rumoured cloud storage service, may just be launched today, in both its free and paid avatars, if the latest reports are to be believed.

Google’s cloud storage service has been rumoured since 2006, and recently came back into public consciousness in January this year, with more details making themselves apparent in February. That the company would be thinking along these lines is not unexpected, with it already owning some of the largest server infrastructure on the planet, the Android mobile/tablet ecosystem, and the Google Apps and Docs online productivity suites.

Google Drive would become a rival to DropBox, Box, iCloud, and other cloud storage services, and if also offered to the enterprise and developer side, compete with Amazon S3 and HP’s upcoming service.

Well, now it is the last week of April, and if the rumoured April release date is to be believed, Google Drive should arrive within the next few days, if not today as the latest reports are suggesting.

Google Drive is expected to offer 5GB of free storage to the general public, and its Apps customers, and charge for additional storage space up to 100GB. It will apparently also include third-party developers into the service, allowing users to save and load files directly from Gdrive. The interface is expected to be similar to the current Gmail service.