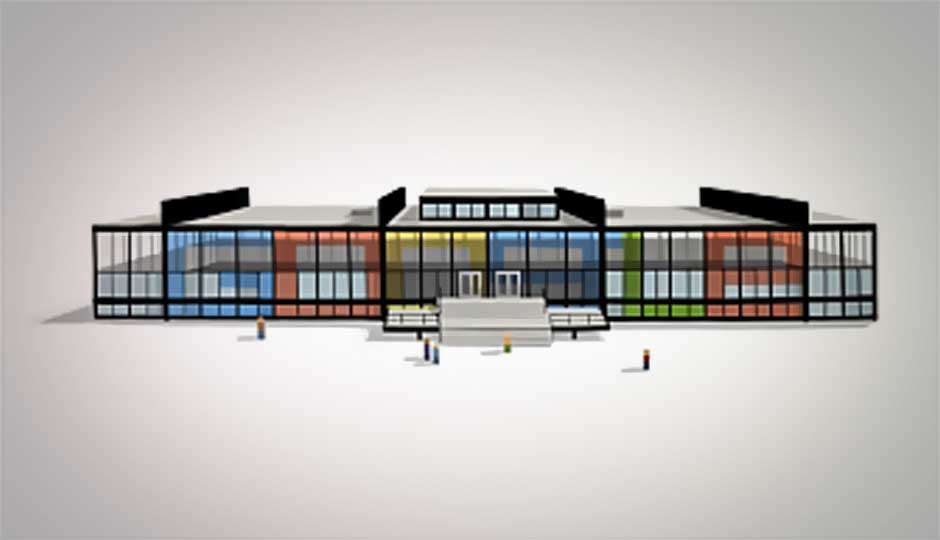 Google has posted a building-themed doodle on its home page to honour legendary German architect and educator Ludwig Mies van der Rohe on what would have been his 126th birth anniversary.

Ludwig Mies van der Rohe, also dubbed as one of the masters of modern architecture, is popularly known for unique steel and glass buildings, which can be found in most major American cities. His famous structures include the Seagram building in New York, the Museum of Fine Art in Houston, the Martin Luther King library in Washington DC and the National Gallery in Berlin.

Today's Google doodle features a structure resembling the design of the SR Crown Hall at the Illinois Institute of Technology, which was completed in 1956. Described as a masterpiece, it features only steel and glass in its exterior. The structure has the Google logo as coloured letters that appear within the windows. As in the past, clicking on the doodle will lead visitors to a search results page for “Ludwig Mies van der Rohe”. Check out the doodle below:

The Ludwig Mies doodle is a static one, similar to the traditional Google doodles. However, Google has come up with very innovative and dynamic doodles in recent times. Doodles for Les Paul and Freddie Mercury are some of the examples of dynamic doodles. Read our previous coverage on Google doodles here.