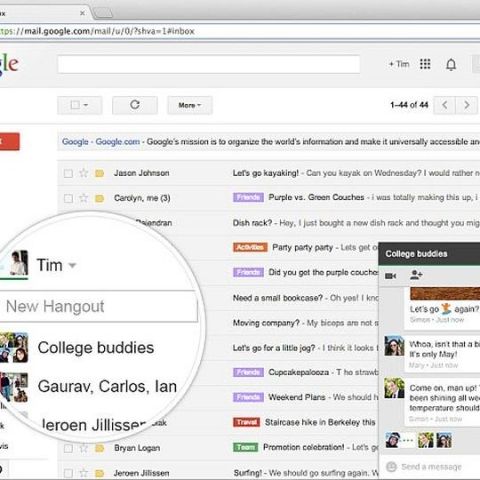 Google has admitted that Hangouts conversations does not have end-to-end encryption, meaning that the company can tap into those sessions when it receives a government court order requiring it to do so.

Google revealed the information at a recent Reddit AUA (Ask Us Anything) session when it was asked, “Why has Google refused to be transparent about its ability to provide wiretaps for Hangouts? Given Google’s rather impressive track record regarding surveillance transparency, the total secrecy regarding the company’s surveillance capabilities for this product is quite unusual.”  The internet giant’s Director for Law Enforcement and Information Security Richard Salgado and Senior Privacy Policy Counsel David Lieber replied, “Hangouts are encrypted in transit, and we’re continuing to extend and strengthen encryption across more services.” Confirming that the company can intercept Hangouts conversations when ordered by law enforcement agencies or governments. This contrasts with other tech giants like Apple’s Facetime and iMessage which come with end-to-end encryption that cannot be tapped even by the company itself. Apple's iOS 8 also has a built-in encryption that prevents the company itself from accessing data on the devices without the owner's consent or passcode.

A Google spokesperson later confirmed to Motherboard that, “Hangouts doesn’t use end-to-end encryption. That makes it technically possible for Google to wiretap conversations at the request of law enforcement agents, even when you turn on the “off the record” feature, which actually only prevents the chat conversations from appearing in your history—it doesn’t provide extra encryption or security.”

Post the Snowden revelations, concerns about government spying have increased tremendously. The internet giant recently revealed in its transparency report that worldwide government requests for user data rose 150 percent in the last five years. However, the company didn’t clarify how many of these requests were for Hangouts. End-to-end encryption (E2EE) has become a major concern especially in services that involve communication. Internet giant Yahoo as well as messaging apps like WhatsApp has also added end-to-end encryption, however there are still a few services that have still not implemented the feature, making them susceptible to interception.