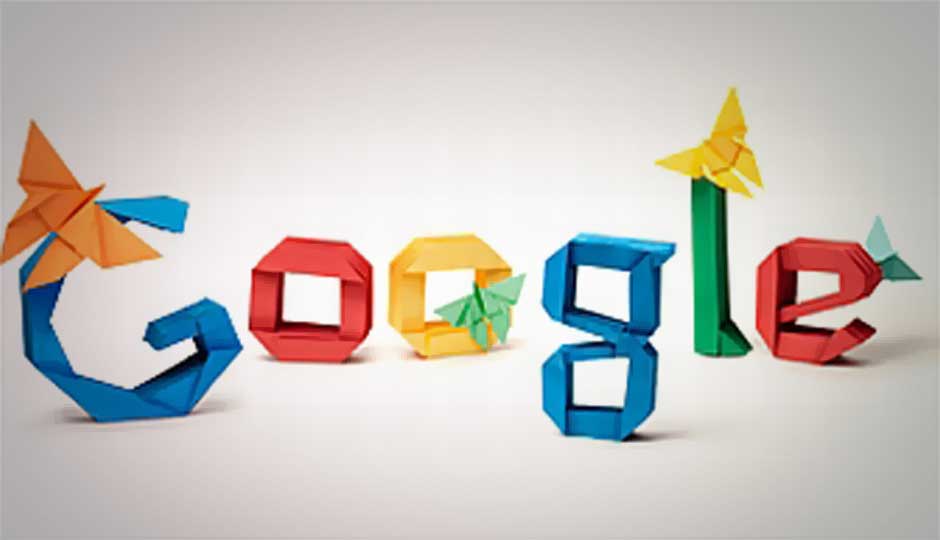 Origami, the popular art of paper folding, was used for making traditional crafts for centuries until one man finally raised the art form into a living art. Japan's Akira Yoshizawa (born on March 14, 1911; died on March 14, 2005) is credited for making origami an international rage.

Google today celebrates what would have been Akira Yoshizawa's 101st birthday by posting a paper folding doodle on its homepage. Today's doodle features the six letters of Google logo, designed in origami style. The doodle also has paper butterflies, which are said to be folded from Yoshizawa's earliest but iconic designs. The innovative doodle was created with the help of Robert J. Lang, who is also a popular origamist.

“The combination of simplicity and depth is part of the essence of origami, and is key to Yoshizawa's work and legacy,” says Lang, a 50-something former laser physicist who left behind NASA and Silicon Valley jobs to give full time to the art of origami.

Over the course of his life, Yoshizawa created thousands of origami works and pioneered many of the artistic techniques used by modern-day origami artists including the popular technique of wet-folding. Yoshizawa is also referred as the grandmaster of origami art. Yoshizawa served as a cultural ambassador of Japan for a number of years and was eventually conferred with Japan's Order of the Rising Sun honour in 1983.

Two versions of the Google "G," each folded from a single sheet of paper.