Google today officially announced the availability of its Google Play gift cards, which come in denominations of $10, $25, or $50. There's no word yet about availability outside the U.S. However, reports suggest the company is willing to expand the servic 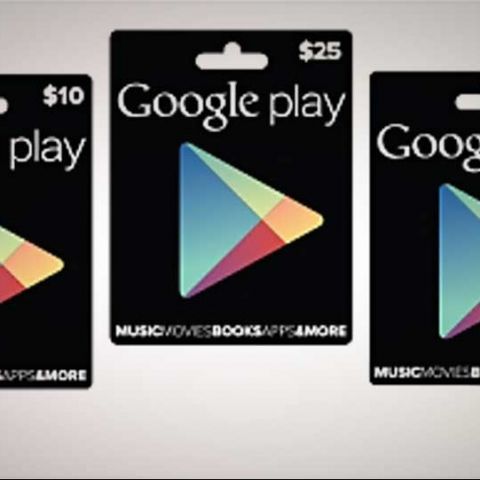 Taking on Apple's iTunes gift cards, Google has announced its own Google Play gift cards service, which will be available in denominations $10, $25 and $50. Google's gift cards are available at the U.S.-based retail stores namely RadioShack, Target and GameStop. There is no word on the availability of the Google Play gift cards outside the U.S. However, reports suggest the company is willing to expand the service to other countries as well.

The Google Play gift cards have no fees, do not expire and come with a redemption code. Users can use that code on Google Play, via their mobile device. Codes can also be entered online at play.google.com/redeem. It's notable that in case a customer outside the U.S. gets a card or its code, they will be unable to redeem it. Google will check the customer's location and inform that the service is not available in their area/region.

There are some restrictions with Google's gift cards as well. Users cannot use them for Android app subscriptions, magazine subscriptions, or hardware and accessory purchases. Moreover, if a U.S. user moves to a country that does not use USD in Google Play store, they will be unable to use that card or Google Play balance. To know more about the restrictions, visit Google Play gift card's Terms and Conditions page.

Users, however, can use their gift card to buy songs, movies, TV shows, e-books, Android apps, and games from the Google Play store. The gift cards can also be used to purchase in-app items like extra levels, add-on packs, and virtual currency.