Google has announced various changes to its search -- expansion of its Knowledge Graph, integrating results from users' Gmail account, and adding voice search to its mobile app for iPhone and iPad. 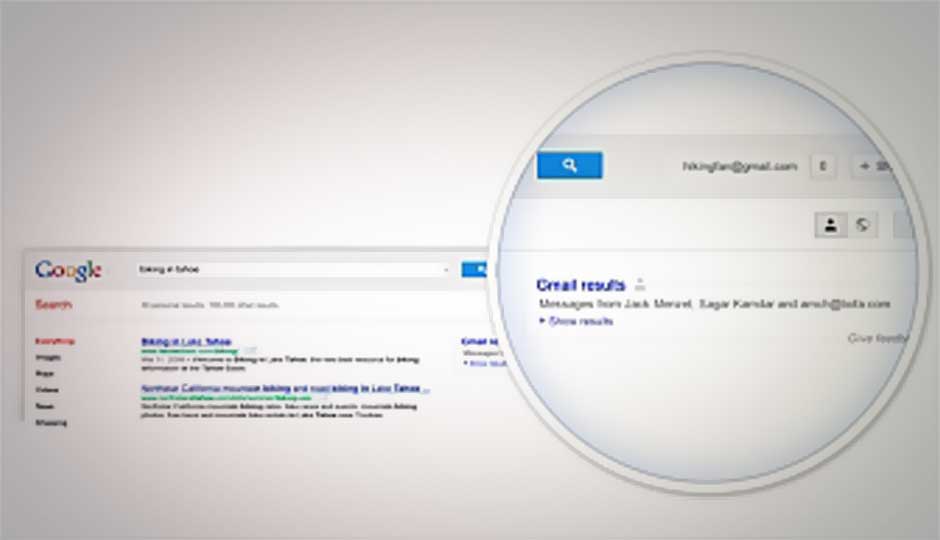 Google on Wednesday announced various changes to its search, including the expansion of its Knowledge Graph, integrating results from users' Gmail account, and adding voice search to its mobile app for iPhone and iPad.

Google had introduced Knowledge Graph in May. The feature brings in a snapshot panel on the right of search results, showing information related to users search query, similar to what Bing offers. Google has announced Knowledge Graph will be rolled out across the world (only for English speaking users for now).

Google will also be adding a new interactive carousel, which will be featuring relevant lists and collections for various queries. Google says the feature will help users who are looking for information on multiple topics.

"So far we can produce hundreds of thousands of lists involving millions of items, and we'll keep growing to match your curiosity," Amit Singhal, senior vice president of Google Search, wrote in a blog post Wednesday.

On integration of Gmail into search results, Google says the move is aimed at making the search “truly universal”. Moreover, Google has started to add some users' personal Gmail messages to their search results as a part of “limited trial”. The information will appear on the right column of the search results page.

"Sometimes the best answer to your question isn't available on the public web — it may be contained somewhere else, such as in your email," Singhal wrote. "We think you shouldn't have to be your own mini-search engine to find the most useful information — it should just work."

Also, Google has announced adding voice search to its app for iPad and iPhone. The app is already available for Android devices. To use the feature, users just need to tap on the microphone icon and ask their query.

For example, ask “What movies are playing this weekend?” and you’ll see your words streamed back to you quickly as you speak. Then Google will show you a list of the latest movies in theaters near you, with schedules and even trailers.

The feature best “works for everything from celebrity factoids to the height of Kilamanjaro and more. When Google can supply a direct answer to your question, you’ll get a spoken response too”, explains Singhal in the blog post. To know more about the app, check out the video below: