GoDaddy, the largest Internet domain registrar in the world, suffered a massive outage of websites using its web-hosting and DNS services yesterday. Email services from the company, as well as GoDaddy's own website, were also affected. The bulk of the ser 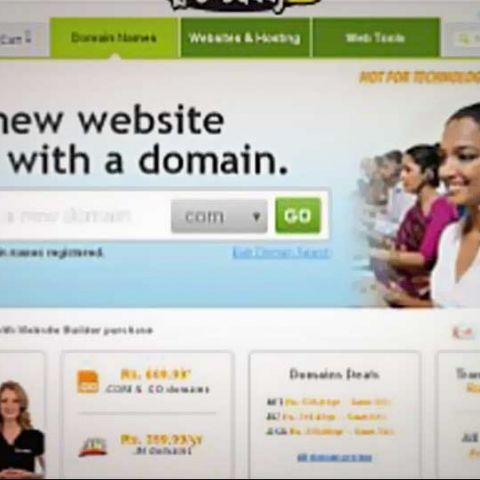 Websites using GoDaddy's web-hosting and DNS services suffered a massive outage yesterday. Email services from the company, and GoDaddy’s own website, were also affected. According to the company,  the bulk of these services were restored a little over four hours later, and no customer data was compromised.

"Most customer hosted sites back online. We're working out the last few kinks for our site & control centers,” read a tweet by GoDaddy later in the day. An individual claiming to be the ‘security leader’ of Anonymous, going by the twitter ID of AnonymousOwn3r, initially called it a coordinated DDoS effort, before taking sole credit for the attack.

Explaining his actions, AnonymousOwn3r later tweeted: “I'm taking godaddy down bacause (sic) well i'd like to test how the cyber security is safe and for more reasons that i can not talk now.”

The web-hosting giant, also the largest Internet domain registrar in the world, is considered to be in disfavour with Anonymous, after famously not opposing the SOPA and PIPA anti-piracy bills last year, though it changes its stance later. @Anon_Central tweeted following the attack: “By using / supporting Godaddy, you are supporting censorship of the Internet.”

The attack on the massive domain registrar could potentially endanger millions of websites, highlighting the need for better security for internet companies.

Like much hacktivism nowadays, the attacks often indiscriminately affect those very non-corporate individuals the hacker groups claim to represent. Following the outage of GoDaddy’s web-hosting services, many took to Anon_Central and AnonymousOwn3r’s Twitter pages, expressing their confusion and outrage.

GoDaddy's website, which is up and running at the time of writing, held this notice:

"At 10:25 am PT, GoDaddy.com and associated customer services experienced intermittent outages. Services began to be restored for the bulk of affected customers at 2:43 pm PT. At no time was any sensitive customer information, such as credit card data, passwords or names and addresses, compromised. We will provide an additional update within the next 24 hours. We want to thank our customers for their patience and support."