Over the holiday weekend the online news networks were abuzz with news of a "massive cyber threat" variously called Flame, Flamer, or sKyWIper. Researchers at Hungarian lab CrySyS stated, "sKyWIper is certainly the most sophisticated malware we encountere 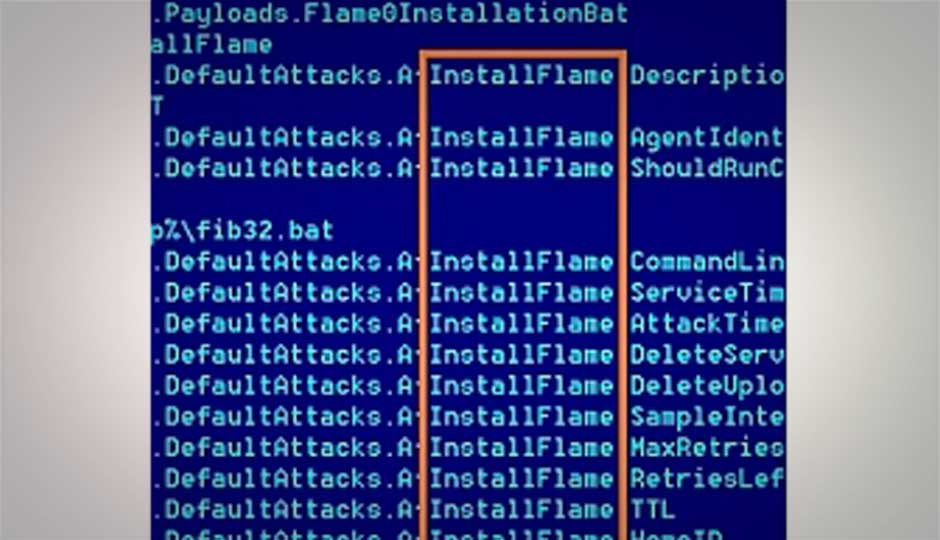 Over the holiday weekend the online news networks were abuzz with news of a "massive cyber threat" variously called Flame, Flamer, or sKyWIper. Researchers at Hungarian lab CrySyS stated, "sKyWIper is certainly the most sophisticated malware we encountered during our practice; arguably, it is the most complex malware ever found." In an ABC News interview, Udi Mokady, CEO of Cyber-Ark, an Israeli developer of information security, warned that Flamer is "20 times more sophisticated than Stuxnet... It's a live program that communicates back to its master. It asks, where should I go? What should I do now? It's really almost like a science fiction movie."

But is Flamer really such an amazingly advanced cyber-weapon? Some experts disagree, strongly.
What Is Flamer?
Flamer is definitely complex. In one of the earlier reports on this threat, Kaspersky noted that it has at least 20 modules, most of which are "still being investigated." McAfee reports that one of its smaller modules "is over 70,000 lines of C decompiled code, which contains over 170 encrypted strings." Alexander Gostev noted that Flame's various modules come to over 20MB. "Consider this," said Gostev, "it took us several months to analyze the 500K code of Stuxnet. It will probably take year to fully understand the 20MB of code of Flame."

Kaspersky researchers determined that the threat spreads by infected autorun.inf files on USB keys, a trick also used by Stuxnet, as well as a technique involving directories that launch malware when opened. After the initial infection it can spread to other machines within the network.

As for what it does, you might better ask what doesn't it do. Just about any kind of espionage you can imagine is handled by one of Flamer's modules. Among other things, McAfee's researchers found that it can report on network resources, steal specific files, detect and evade over 100 security products, capture screens, record audio through the built-in microphone, explore nearby Bluetooth connections, and more.

It's worth noting that Flamer doesn't necessarily do any of these things, not even replicate to other systems, unless it's told to do so by its Command and Control servers. This combined with the fact that it uses many standard commercial modules may have helped it get past behavior- and reputation-based detection systems.

Who Wrote It?
In an early report on the threat, CrySyS states, "The results of our technical analysis support the hypotheses that sKyWIper was developed by a government agency of a nation state with significant budget and effort, and it may be related to cyber warfare activities." Mokady of Cyber-Ark suggested that Israel, the U.S., China, and Russia all have the know-how to create this offensive.

Israel-watcher Richard Silverstein wrote, "My major scoop is that my senior Israeli source confirms that it is a product of Israeli cyberwarfare experts... My source also tells me that this is the first known instance in which Israeli intelligence has used malware to intrude on Israeli citizens."

In fact, in an ABC News interview Senior Israeli minister Bogie Yaalon all but claimed credit for the attack, saying, "Whoever sees the Iranian threat as a significant threat is likely to take various steps, including these, to hobble it. Israel is blessed with high technology, and we boast tools that open all sorts of opportunities for us."

Dissenting Voices
Joe Jaroch, a leading researcher at Webroot, is less impressed by Flamer. He's not convinced that a nation-state's resources would have been required for its creation. "This was definitely not developed by a single person," said Jaroch, "but assuming it is a nation behind the code would probably be underestimating the abilities of private malware authors. Threats like TDL4 provide a much stronger set of functionality and obfuscation."

Flamer's complexity, notes Jaroch, "doesn't equate to the conventional term of complexity with regard to threats. Server-side polymorphic malware which layers together multiple components dynamically protected by rootkits have been around for several years and are orders of magnitude more complicated," said Jaroch. He added, "Using 20 times more code than Stuxnet doesn't necessarily mean that it is 20 times stronger."

Kaspersky's report states that the project "was created no earlier than in 2010." Other sources treat it as a fairly recent outbreak. However, the CrySyS report notes that Flamer "may have been active for as long as five to eight years." Webroot's Jaroch pins it down: "We first saw this threat in Europe on December 5th, 2007." Security expert Mikko Hypponen of F-Secure agrees that Flamer "has been spreading for years."

Should You Worry?
Kaspersky's detailed report lists the top seven countries affected by Flamer. In descending order of known infestations they are: Iran, Israel/Palestine, Sudan, Syria, Lebanon, Saudi Arabia, and Egypt. Given that the number of hits in Egypt was just five, if you're not in one of those countries you're probably safe.

It's true that Flamer, quite unlike Stuxnet or Duqu, spied on individual home PCs in addition to business computers. However, given that it only follows instructions sent via its Command and Control servers, even if it somehow wound up on your PC it probably wouldn't do anything. Naturally the major antivirus vendors either have or will soon have detection signatures for this threat.

The real worry is that Flamer has been around for as long as five years without detection. F-Secures's Hypponen summed it up, saying, "Stuxnet, Duqu and Flame are all examples of cases where we — the antivirus industry — have failed. All of these cases were spreading undetected for extended periods of time." Webroot's Jaroch notes that the extended lifetime of this threat "could mean someone was trying to seed the industry and game the reputation analysis approach some vendors use to protect against threats. When it’s a known agent and crosses a specific time threshold it could game certain systems."

He definitely has a point. With modern Web-based attacks capable of serving up a slightly different malware file to every visitor, simple file signatures are losing more and more value. Behavior-based detection is definitely more flexible, but vendors shouldn't give a total pass to programs just because they haven't done anything bad yet. For now, keep your security software up to date, and thank your stars that you weren't the target of this attack.