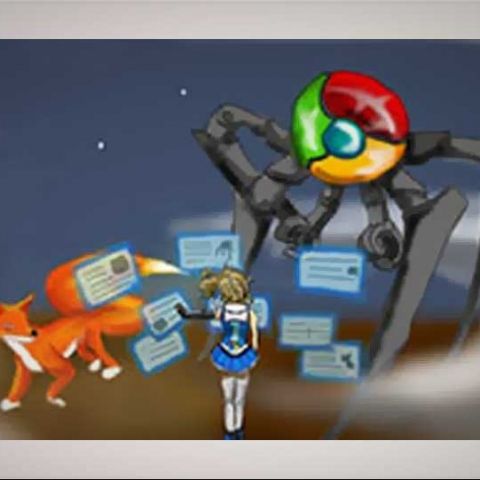 Cyber security experts have detected a series of several vulnerabilities in popular web browsers Chrome and Firefox, according to PTI.

Internet users in the Indian cyber space have been asked to keep a check on their systems. In view of these browsers prone to such virus-based activities, users have been advised to upgrade their versions on their workstations.

“Multiple vulnerabilities have been reported in Mozilla Firefox, Thunderbird and SeaMonkey which could be exploited by a remote attacker to bypass certain security restrictions, disclose potentially sensitive information, gain escalated privileges, execute arbitrary code and causes denial of service condition on the affected system,” the Computer Emergency Response Team of India (CERT—IN) said in its latest advisory to online users in the country.

CERT-In is the agency to combat hacking, phishing and to protect security-related defenses of the Indian cyber space arena.

“The two web browsers are an important tool for Internet surfing among Indian online consumers. The anomalies have been detected recently and it would be advised that users upgrade their existing versions sooner than later. These activities are mischievous on part of hackers or they are harmful viruses,” a cyber security expert told PTI.

The agency in its advisory pointed that this inconsistency is caused "due to improper restrict access to ‘about:home’ buttons by script on other pages in Mozilla Firefox”.

The advisory said that the maximum damage these vulnerabilities can cause include memory corruption, forced downloading of files and loss of information. Users have been asked by the advisory board to either use proper security patches (Mozilla Firefox) or upgrade their browsers with the latest version (Google Chrome).