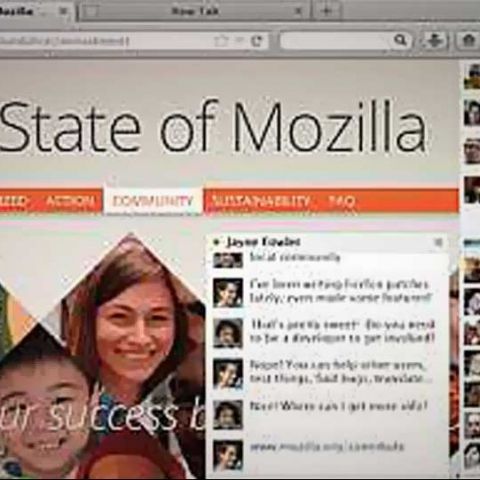 Mozilla has released the latest version of its popular web browser, Firefox. This is version 17.0 by its own count. The update comes across all three platforms – Windows, Mac and Linux. The most important new feature is the introduction of the Social API, with the launch of Facebook Messenger.

The new feature allows Facebook Messenger to sit as a persistent sidebar on your browser. Even though you may not open Facebook.com on any of the tabs, the sidebar will let you update status and receive and send chats as well photo tag and other notifications. However, there is a slightly longer path for activating the Messenger on Firefox 17. You need to first head to https://www.facebook.com/about/messenger-for-firefox and activate it from there.

The Social API is not limited to Facebook Messenger in any way, and other social networks can build similar tools for use via the Social API.

There are other changes that Mozilla has introduced with Firefox 17.0 browser version. First is the way any plug-in behaves, while playing back web content. An out of date plug-in will be automatically blocked from playing back any content, till the user either updates it or specifically requests the playback to continue. Also, Mozilla has dropped support for Mac OS X 10.5, popularly known as Leopard. Apple had dropped Safari support for Leopard sometime back, and Chrome followed that up with the latest update not supporting the legacy Apple operating system. With Mozilla joining the ranks, anyone on Leopard will need to look towards Opera to get the latest browser versions. The Firefox 17.0 also brings in various security updates and performance improvements. A complete detailed list of changes can be viewed here

This update for the desktop ecosystem comes just a day after the Firefox for Android browser got a major update. With this version, even more smartphones are supported, and will now even work on some phones still running Android 2.2 (Froyo).