The improvement in average Internet speed in India over the last few months is spurring growth in the Over-The-Top (OTT) sphere and may bring about a behavioural shift among Indian consumers, industry players have emphasised. 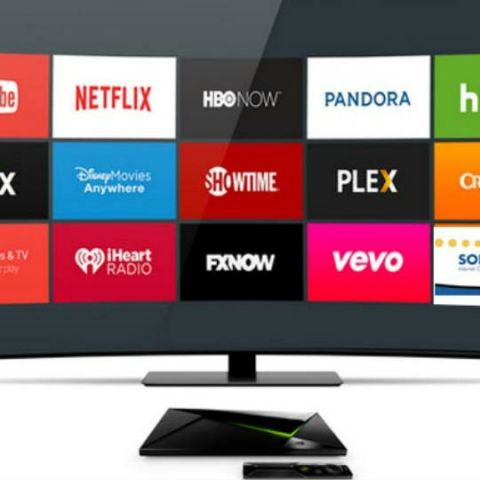 The improvement in average Internet speed in India over the last few months is spurring growth in the Over-The-Top (OTT) sphere and may bring about a behavioural shift among Indian consumers, industry players have emphasised.

OTT, or the delivery of video content via Internet, is looking up as Cloud delivery platform Akamai's latest "State of the Internet Report" indicates that the average speed has dramatically improved in the last 18 months from a 3-odd Mbps to a 6.5 Mbps.

"The massive upsurge in 4G connections across new telcos and incumbents has powered this surge, which is reflected in a massive 6X leap in data consumption at 1.3 billion GB per month," Vamshi Reddy, CEO and founder, Apalya Technologies, a pioneer in mobile video solutions, told IANS.

Though the Internet speed in India is still at just a third of the global average, Reddy feels the optimal data speed, coupled with friendlier data costs, will lead to higher OTT growth.

According to Abhesh Verma, Chief Operating Officer (COO) of key OTT player nexGTV, a connection speed of more than 2 Mbps is well-suited to support online viewing and live-streaming.

"However, instead of the bandwidth, it is important to have consistence in Internet coverage. Besides, with the advent of 4K video streaming services, it would be good to ensure that a user's Wi-Fi supports 4K viewing," Verma told IANS.

The outlook for the Indian OTT video content industry looks extremely positive. According to a recent report from market research firm Media Partners Asia (MPA), the OTT market in the country is expected to cross 100 million unique monthly users by 2020.

Verma has strong faith in the future of OTT technology in India. "The future belongs to tech-driven, digital products and the OTT concept fits perfectly into the futuristic vision of India," he said.

According to the experts, content creators now focusing on developing smartphone-enabled content will bring a behavioural shift in nearly half-a-billion data consumers in the country.

From a base standpoint, India has already overtaken US estimates and the Internet and Mobile Association of India (IAMAI) suggest that the number of Internet users was 462 million in mid-2016. Of this, over 300 million access the Internet only through mobile devices. The US has 290 million internet users, but in a population of 323 million.

"India today has transformed into a mobile-first economy; affordable smartphones and internet are making inroads into the very hinterlands of India and hence provide colossal opportunities for OTT players. Users of today demand content that is personalised and remotely accessible," Verma told IANS.

"We also believe that at the upper end, smart TVs will be adding to the changing consumption and behaviour patterns as they start replicating the more user-friendly mobile interfaces," Reddy added.

Artificial Intelligence (AI) and Virtual Reality (VR) are seen as game changers in the OTT space. VR devices are catching up and can completely alter the viewing experience of the consumer.

"Everybody is quite overwhelmed with so much content available online, but only five per cent of this is viewed. AI will help determine what content is selling, what is not, and invest in that kind of content," Reddy said.

For Verma, apart from AI and machine learning, broadcasters, media companies and service providers would adopt the all-IP workflows to introduce unprecedented functionalities and enhance opportunities for monetisation.

"Technologies like HDR, UHD and VR will become an integral part of the OTT domain across the globe and in India," Verma noted.

Keeping the recent data breaches -- especially involving the latest "Game of Thrones" (GoT) series -- in mind, OTT players would definitely invest more in cybersecurity, chase off hackers and uphold the sanctity of data.

On what chances do Indian OTT firms have when pitted against giants like Netflix and Amazon, Verma said he perceives the big OTT players as motivators.

"Foreign giants like Netflix and Amazon are spread across continents and have an enviable collection of both content and subscribers. Indian users looking for high-quality entertainment content in English are going to turn to any of these players," Verma said.

"Indian players, on the other hand, have carved a niche for themselves and are banking heavily on their hold of regional content," he added.