Facebook submits over 400-page reply to US senators’ written questions

Facebook submitted two different sets of answers to the written questions that the senate had sought after Mark Zuckerberg appeared for a testimony before the US Congress in April this year. 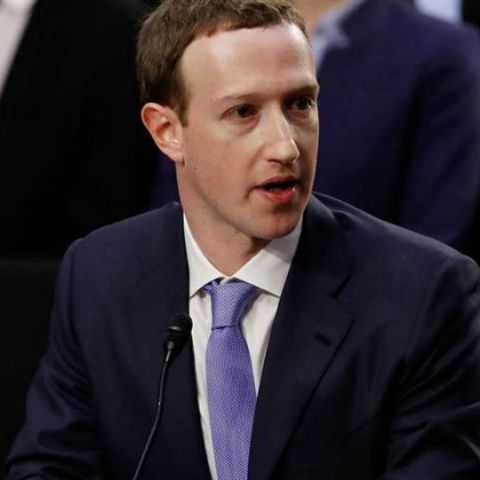 Two months after Facebook CEO Mark Zuckerberg testified before the US Congress on the Russian interference during the 2016 US presidential election, fake news and censorship of conservative media on the platform, the company has responded to the written questions presented by senators. Facebook's answers cover several issues including, data and information privacy, shadow profiles, the Cambridge Analytica scandal and advertisement targeting.

Facebook submitted two different set of answers -- a 225-page document to Chuck Grassley of the US Senate Committee on the Judiciary and a 229-page PDF to John Thune of the Senate Committee on Commerce, Science, and Transportation -- with a cautious approach in its responses.

One of the most talked about issues was related to “Shadow Profiles”. Gabriel Weinberg, CEO and Founder of DuckDuckGo, an internet privacy company, had accused Facebook that it uses trackers to create “Shadow Profiles” even of non-Facebook users based on their browsing history.

To this, Facebook responded by saying that it does not create databases on non-users by combining web-browsing history with uploaded contacts.

On a query, whether it tracks “every IP address ever used when logging into Facebook,” the company provided details about a data retention schedule.

“When people visit apps or websites that feature our technologies—like the Facebook Like or Comment button—our servers automatically log (i) standard browser or app records of the fact that a particular device or user visited the website or app (this connection to Facebook’s servers occurs automatically when a person visits a website or app that contains our technologies, such as a Like button, and is an inherent function of Internet design); and (ii) any additional information the publisher of the app or website chooses to share with Facebook about the person’s activities on that site (such as the fact that a purchase was made on the site),” the company said.

Also, Facebook said that it tracks “operations and behaviors” on devices, including “whether a window is foregrounded or backgrounded, or mouse movements (which can help distinguish humans from bots).” Device signals, settings, and “unique identifiers” are also tracked.

During his testimony, Zuckerberg struggled to name any competitor in the social media space, however, in the written response Facebook rejected its monopoly and said, “In Silicon Valley and around the world, new social apps are emerging all the time.”

The social media giant mentioned DailyMotion, Snapchat, YouTube, among other services for photos or videos; Apple’s iMessage, Telegram, Skype, Line, Viber, WeChat, Snapchat and LinkedIn -- as well as the traditional text messaging services on mobile phones for messaging; and Spotify, Twitter, Google, YouTube and Amazon for advertising as its competitors.

On extend Europe’s GDPR privacy protections to the US, Facebook said that the “controls and settings that Facebook is enabling as part of GDPR are available to people around the world.”

On a question about its actions after The Guardian exposed the Cambridge Analytica scandal, Facebook said it contacted the firm asking questions about the data and the British company assured it that the data was deleted. Facebook also mentioned the steps its has taken to secure its users’ data after the controversy.