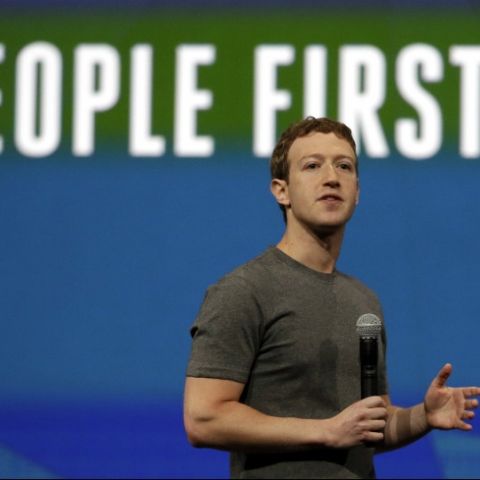 Facebook CEO Mark Zuckerberg has revealed that in the future FB users will be able to log in to third party apps anonymously using their Facebook login. He also launched a mobile ad network, branded the ‘Facebook Audience Network’, that will help brands serve ads on third-party apps using user data collected by Facebook. Both announcements were made at Facebook’s F8 conference which took place after a two year gap in San Francisco, early today morning.

With respect to anonymous login, Zuckerberg explained that many users did not feel comfortable sharing their details with an app that allowed Facebook login, without trying the app first. By selecting the “Log In Anonymously” option, users will now be able to log in to apps and services and ascertain whether the app is worth using and if it can be trusted with their details. If users are afraid that logging into a certain app will result in their friends being spammed with requests, then they can opt for the anonymous login. Doing so will ensure that the app developers do not get to see your identity or details and will only be able to do so once you choose to sign in to the app in a regular manner. Zuckerberg revealed that the anonymous login option was being tested out by a few developers (like Flipboard) and that it would be opened up to other developers in the future.

Another announcement that highlights Facebook’s attempts at improving user privacy also dealt with app logins. The social network will now allow users to see and control all data that an app requires when you’re logging in. The new login screen will allow users to uncheck any part of their data they don’t want the app to receive before actually logging in. The granularity of this means that users can (as an example) choose to let an app see their likes and email address but not their friends list and birthday. Users will also get a newly designed app control panel that gives them a better view of the apps they use and control their permissions.


The Facebook Audience Network that was launched at F8 will allow brands to advertise in third party apps and will let the app developers control the look and feel of the ads being served in their mobile apps. In line with other advertising programs run by Facebook, the ads from the new Audience Network will be targeted based on user info gleaned from Facebook’s database. By doing this, Facebook will compete against other mobile ad networks such as AdMob, mMedia and Adfonic and also attempt to improve its ad mobile revenue that already accounts for 59% of the company’s total revenues.

Apart from these three big announcements, Zuckerberg also revealed that the company will now pledge to fix all major bugs within 48 hours and will ensure that all APIs and platforms will be supported and stable for two years even if the company changes them, something that will come as good news to developers.

There’s no word yet on the specific timeframes when we’ll be able to see the above changes. Hopefully, at least the features that make an attempt to improve user privacy will make their way to our Facebook accounts soon.