Facebook founder Mark Zuckerberg made the announcement himself on his Facebook page. Facebook was launched 13 years ago and has since become the largest social media network in the world. 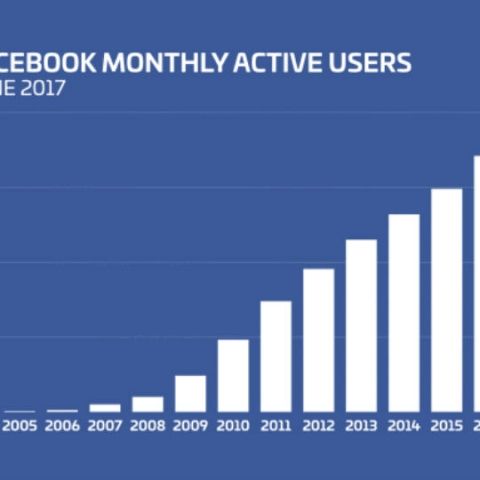 “As of this morning, the Facebook community is now officially 2 billion people! We're making progress connecting the world, and now let's bring the world closer together. It's an honor to be on this journey with you” Mark Zuckerberg said on his official Facebook page. In May 2017, Facebook announced that it had 1.94 billion monthly active users. To put things into perspective, YouTube is at a distant second with 1.5 billion monthly users. Facebook Messenger and WhatsApp (both owned by Facebook) have 1.2 billion monthly users. The infamous Snapchat app which everyone is trying to mimic stands at 255 million active users according to TechCrunch. WeChat has 889 million users and Twitter has 328 million users. So clearly, Facebook is leading the pack when it comes to social media usage.

In a press release issued by Facebook, Product Manager Guillermo Spiller said, “Each day, more than 175 million people share a Love reaction, and on average, over 800 million people like something on Facebook. More than 1 billion people use Groups every month”. The press release goes on to say, “To show our appreciation for the many ways people support one another on Facebook, we will share several personalized experiences over the coming days.”

Facebook launched thirteen years ago and less than five years ago hit the 1 billion users mark. The social networking giant has added  "746 million users in Asia and the Rest of World region since hitting 1 billion users total. Meanwhile, it only added 41 million in the U.S. and Canada.”