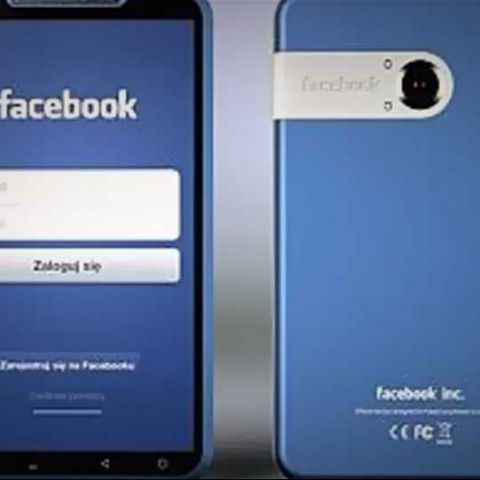 There are several theories on the web explaining Facebook's IPO debacle. One of the main reasons for the lacklusture opening is considered to be its lesser hold in the mobile department. The recent $1 billion Instagram deal made it pretty obvious that the social network was looking to explore the segment. But does it make any sense for the social network to develop its own phone? Experts are divided on how a Facebook phone will do, if it ever becomes a reality! Some pundits suggest Facebook acquires a mobile manufacturer, such as RIM or HTC, instead of trying to develop a device itself.

Rumours that Facebook is working on a self-branded phone have been for quite some time. Last year, Facebook was rumoured to be working with HTC to build a Facebook-based device, code-named “Buffy”. Last month, rumours suggested the two companies are still working on the project and that a Facebook phone will be out by 2013. Moreover, Facebook's OS for smartphone is already ready, rumours added.

That being said, last week we asked what do you think of the mythical Facebook phone. Of 380 respondents, a majority of 252, or 66 percent, said a Facebook phone wasn't good idea, rather smartphones with Facebook apps were much better.

82 votes, or 22 percent, believed a dedicated phone will help the company better connect to users. 12 percent, 46, respondents are unaware about these developments and haven't heard anything about it. 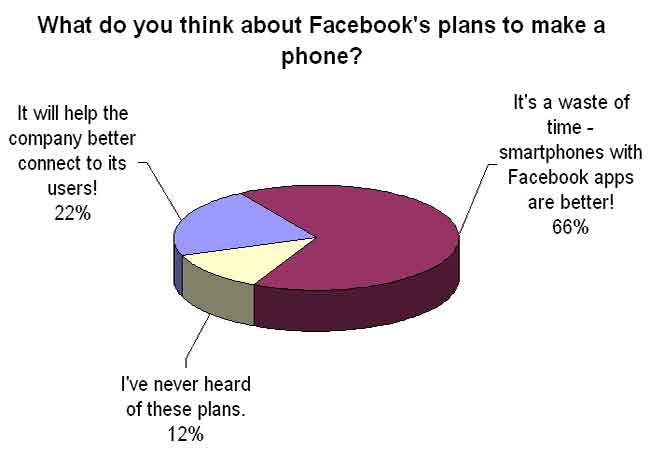 We'd like to thank readers for making their opinion count. And now it's time for this week's poll. It's to do with Facebook again. The social networking giant is reportedly considering opening the network to children under 13 years old. We seek your opinion on whether the social network should do so!