Facebook will put up messages on Instagram and Facebook to remind users to wear a mask. The messages will first show up in the US and later expand to the rest of the world. Twitter also joined in. 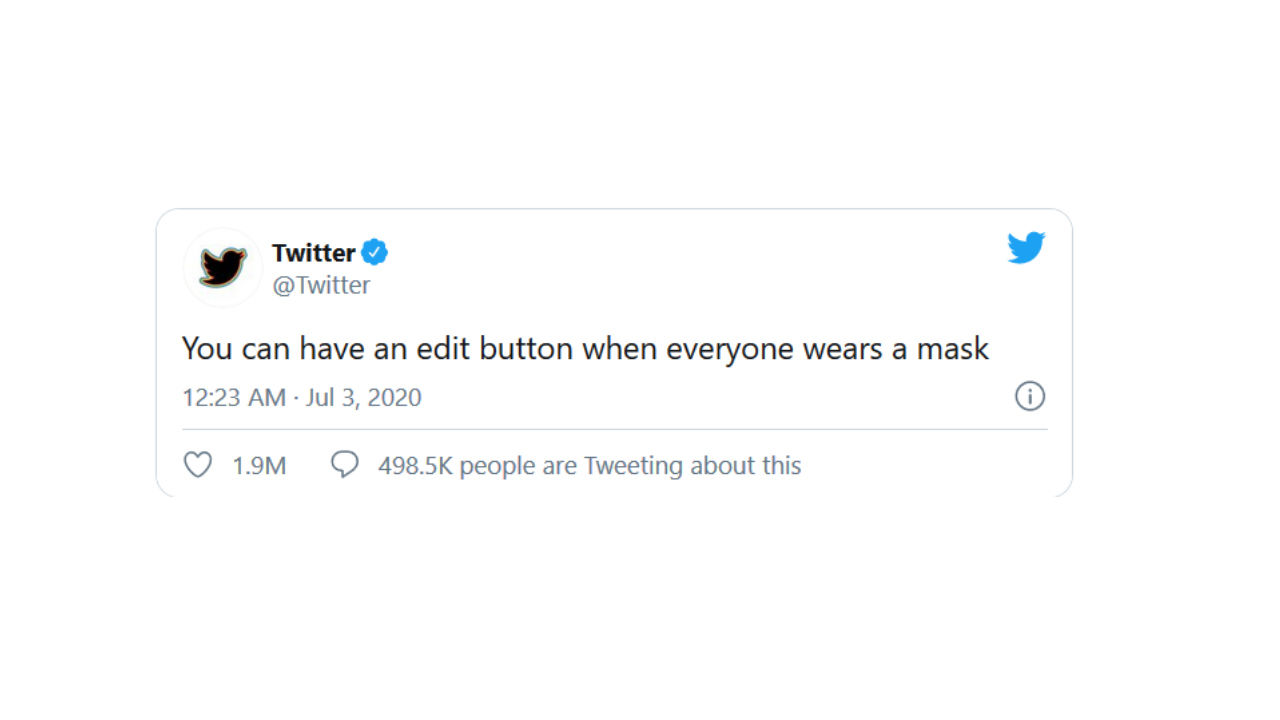 With the number of COVID-19 cases surging past the ten million mark worldwide, social networks are putting up reminders for people to wear a mask. Facebook said it will offer reminders to users to wear protective masks, amidst a sharp rise in COVID-19 cases in the US.

Facebook said the alert will put up at the top of the feed on Facebook and Instagram, starting first in the US and later expand to the rest of the world.

The social network giant will also put up additional tips to prevent contagion, and links to public health agencies on its COVID-19 information centre.

Twitter too must have been thinking along the same lines. The social network tweeted a message that asks users to wear a mask in return for the much-demanded edit button for tweets.

The message is likely to encourage and educate social media users in some parts of the US who are rejecting the idea of wearing protective masks when going outside as part of a conspiracy and an intrusion to their rights.