Why is EU slapping a $5.1 billion fine on Google and what does Sundar Pichai have to say about it

The European regulator alleges that with its dominance, Google is hindering innovation in Europe. EU says Google has to change its business model; Sundar Pichai says, Android has given numerous choices to phone-makers, developers and customers. 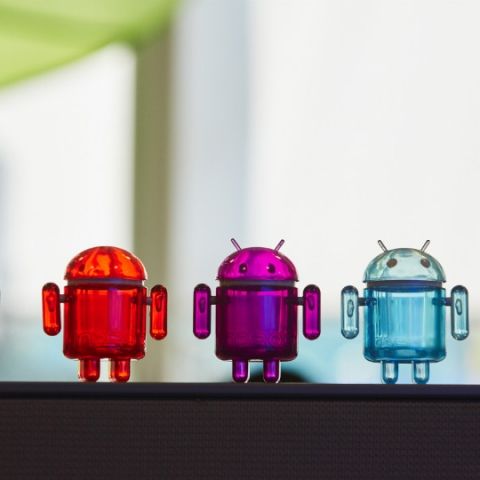 For the second time in two years, the European commission has fined Google for anti-trust violations. This time Google has been ordered to incur a record fine of 4.34 billion euros ($5.1 billion) for using Android OS on smartphones to allegedly strengthen dominance of its search engine and apps like Google Chrome, resulting in increasing revenue for the company through ads. Google CEO Sundar Pichai has said the company intends to appeal EU's fine. The latest fine adds to the $2.7 billion penalty that the EU antitrust investigators slapped on Google in 2017 for violations pertaining to its treatment of comparison shopping services. Let’s see what the case is all about and what Google has to say about the whole issue.

Why Google was fined?

Margrethe Vestager, European Commissioner for Competition (ECC), has ordered Google to stop pushing its own search and web-browsing tools like Chrome and Google Search app on smartphones and tablets that run on Android OS. She alleges that Google asks device makers, such as Samsung, LG and Nokia among others, to set Chrome as the default search engine on the Android devices, or risk losing access to the Google Play Store. Not only that, Vestager alleges that this practice allows Google to collect data of its users ensuring a greater reach. In this way, Google can show more ads on its platforms and generate more revenue.

According to the commision, nearly 95 percent of smartphones in world (excluding China) are powered by Android OS. This certainly solidifies Google’s top position in the search space as users reportedly do not change their default settings, and this makes it harder for the competitors to offer their own services. The Washington Post reports that Vestager has given Google 90 days to “bring its illegal conduct to an end” or face additional fines. “These practices have denied rivals the chance to innovate and compete on merit. They have denied European consumers the benefits of effective competition in the mobile sphere. This is illegal under EU antitrust rules,” she said.

But why should the tech giant bring changes in its strategy in Europe and why not in the US? The answer to this is the difference in the law practiced in both the regions. While in the US, the antitrust law focuses on how the actions of a company harms the consumers, in Europe, the law considers the harm to the competitors. Regulators in EU feel that the competition in the market drives more innovation, which will be delivered to the customers at very low prices. If Google holds the monopoly in the search space, it is definitely flouting the antitrust law in Europe.

What it means for Google?

According to a report, the latest fine is the largest EU antitrust fine ever to be imposed on a company and its represents nearly 40 percent of Google’s 12.6 billion profits that the company made last year. The total fine imposed on the company by European Authorities is nearly 8 billion (7.7 billion). Google has been told to bring changes in its policies in the European region in accordance with the latest ruling that it removes Chrome from Android. It is speculated that nearly 2 billion Android users may get affected if Google adheres to the fine and other such cases pop up in the future. If Google does change its business model, there is a possibility that the company may have to re-think and introduce a new strategy that ticks all the boxes when it comes to following the laws in different regions in which the company operates. For those who are not aware, Google faced an antitrust dispute in Russia and had to give the Russian citizens an option to choose what apps they want to install when they setup their phones, as well as a choice to use a search engine.

Google’s stance on the fine

After the EU imposed the fine on Google, company CEO Sundar Pichai posted a blog in which he said that Android has created more choice, flexibility, and opportunity for third party manufacturers to innovate, which the company thinks is “good for partners and good for consumers.”

“The free distribution of the Android platform, and of Google’s suite of applications, is not only efficient for phone makers and operators—it’s of huge benefit for developers and consumers. If phone makers and mobile network operators couldn’t include our apps on their wide range of devices, it would upset the balance of the Android ecosystem. So far, the Android business model has meant that we haven't had to charge phone makers for our technology, or depend on a tightly controlled distribution model,” Pichai wrote.

He said that the company has always agreed that with size comes responsibility. A healthy, thriving Android ecosystem is in everyone’s interest, and the company has shown that it is willing to make changes.

“But we are concerned that today’s decision will upset the careful balance that we have struck with Android, and that it sends a troubling signal in favor of proprietary systems over open platforms. Rapid innovation, wide choice, and falling prices are classic hallmarks of robust competition and Android has enabled all of them. Today’s decision rejects the business model that supports Android, which has created more choice for everyone, not less. We intend to appeal,” the top executive noted.

He also took a dig on Apple saying, “If you buy an Android phone, you’re choosing one of the world’s two most popular mobile platforms -- one that has expanded the choice of phones available around the world.”

He said that the European Commission has issued a competition decision against Android, and its business model. The decision ignores the fact that Android phones compete with iOS phones, something that 89 percent of respondents to the Commission’s own market survey confirmed. “It also misses just how much choice Android provides to thousands of phone makers and mobile network operators who build and sell Android devices; to millions of app developers around the world who have built their businesses with Android; and billions of consumers who can now afford and use cutting-edge Android smartphones,” Pichai added.

According to the company, there are more than 24,000 devices, at every price point, from more than 1,300 different brands, that run on Android OS and are offered by Dutch, Finnish, French, German, Hungarian, Italian, Latvian, Polish, Romanian, Spanish and Swedish phone makers.

In April this year, the country’s fair trade regulator Competition Commission of India (CCI) fined Google $21.1 million (Rs 136.86 crore) for abuse of its dominance and biased search practices in India. The CCI imposed the fine after taking into account the company’s revenue from its India operations only. The authority found Google abusing its dominance in three areas. Firstly, in placement of "Universal Results" before 2010 that were pre-determined by Google and not based on relevance; secondly, in the prominent display and placement of commercial Flight Unit with link to Google's specialised Flight search service which deprived users of additional choices, and thirdly, the CCI also found that the prohibitions imposed on publishers under the negotiated search intermediation agreements were unfair for restricting their choice of partners.

The latest EU fine could amass more such issues or fines for Google in other markets, including India, but that remians to be seen.