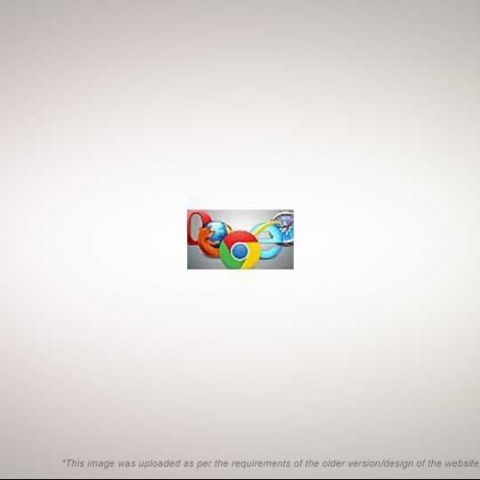 You're spoiled for choice these days when it comes to choosing a Web browser—all of the big names are viable choices, and, if you don't like the big three there's always Safari and Opera, too. Which one is right for you?

Web browsers are converging. Since the arrival of Google Chrome nearly three years ago, all browsers have come under its influence, and they've all moved in the same three-pronged directions—speedier page loading, cleaner user interfaces, and greater support for new Web standards. All of the major browsers—Chrome, Firefox, Internet Explorer, Safari, and Opera—have made significant strides in each of these three dimensions. The first two qualities are pretty much universally desirable, but the "standards" support piece, while also desirable, gets sticky: Each browser seems to support a different subset of the many features that fall under the label HTML5. All you have to do is check out each browser's HTML5 demo site. Apple's HTML5 demos, for example, flat out won't function unless you're browsing with Safari. So much for "standards."

The Speed of the Web
Along with new standard support, all browsers have posted massive improvements in page-rendering and script execution speed. You just have to look at the often-cited SunSpider JavaScript benchmarks to see this. Even Chrome, which I already described as "lightning fast" in December of 2008, has sped up on the test from a time of 881ms to 267ms in version 12 on my 2.6GHz dual-core laptop—that's less than a third of the time! The rest of the browsers have followed suit, clustering around the same level of performance. Mozilla and Google have built their own Javascript speed tests, Kraken and V8, respectively. When these first came out, the maker's own browsers widely outpaced competitors, but results on these tests are also evening out.

On the FishIE demo, which uses Canvas and Javascript to display swimming tropical fish, Chrome delivered 40 frames per second with 20 fish and 5 FPS with 500 fish. Since both Firefox 4 and IE9 use hardware acceleration for more than just future 3D content, they score the maximum 60 FPS with 20 fish, but IE still beats Firefox with 500 fish. Chrome was, however, better than Opera, which only mustered 20FPS and 3FPS.

Another IE9 demo, Psychedelic Browsing, spins a color wheel and plays spacy sounds, reporting RPM as a result. Surprisingly, Firefox beats Microsoft at its own game here by a tad, though it doesn't play the required sound. Chrome, however, plays the test's required sound, but fares far worse in the revolutions per minute result:

One final test of hardware acceleration comes from Mozilla, its Hardware Acceleration Stress test, which spins a spiral of photos in the browser window and reports a score in frames per second (which tops out at the LCD's maximum of 60FPS):

On this test, again, the browsers with graphics hardware acceleration trounced those without. IE8 can't run the test since it lacks the requisite HTML5 support.

Read more of Browser Wars, on the next page...

You're spoiled for choice these days when it comes to choosing a Web browser—all of the big names are viable choices, and, if you don't like the big three there's always Safari and Opera, too. Which one is right for you?

HTML5 Standard Support
When Chrome was first released, it scored 79 on the Acid3 test. Now, that test is pretty much history, since all the browsers ace it. HTML5 support is a complex issue, since there are so many sub-components, and each browser supports its own subset. And it's not a binary yes or no: there's also how well and how completely a browser implements a function is another issue. The HTML5Test.com measure doesn't take these nuances into account, but it does show basic recognition of HTML5 features by the browser. The test reports a score based on the number of supported HTML5 features, with a top possible score of 400, and also reports "bonus points" for implementation of features that aren't technically part of HTML5, but are desirable capabilities of modern browser, such as audio and video codec support. On this test, Chrome blows away all other comers, and it's come a long way from version 1's score of 39 with no bonus points!

Privacy and Security
The big news in browser privacy over the past few months has been about user tracking. Late last year, the FTC put out a statement saying that browser makers need to implement some mechanism that would allow users to opt out of sites tracking their browsing history. Some marketing sites plant their tendrils on many other sites, usually in the form of 1-pixel images that nobody sees. That's enough to tell the marketing site where you've been, though.

Microsoft was the first to come out with a Tracking Protection feature, and it's arguably the best solution. Whereas Firefox and Chrome depend on the marketers' respecting your wishes at the server side, Internet Explorer's feature blocks the tracking from taking place right in the browser. It uses lists provided by third-party privacy organizations like Truste and the BBB to prevent the tracking. Firefox sends sites a message saying you don't want to be tracked, and Google offers an extension that tells marketers the same.

In good-old-fashioned security, all the browsers do a good job of blocking malware and phishing attempts. Chrome is notable here for running all its code in a "sandbox," which meant bad code can't do any harm to the rest of your system. Internet Explorer 9 made some news recently for doing the best job of thwarting phishing attempts, but Chrome 12 recently bolstered the Google browser's protections against these sinister actions. IE9 adds the concept of "download reputation" to help you decide whether you should follow through with a questionable download.

Extras and Goodies
The tendency in browser design has been towards less, rather than more, as inspired by Chrome's arrival on the scene with its nearly empty window. Chrome has even trimmed down from its already trim beginning, with but a single actual menu item remaining on its window—the wrench icon, which drops down all your choices for page viewing, tools like history and bookmarks, and settings. All browsers now let you both search and enter Web addresses in the search bar, and drop down suggestions as you type, while Chrome and IE9 dispense with a search space altogether.

All browsers too, now offer extensions, something Firefox has long been famed for. Firefox's extension choices offer the most drastic browser customization's. In sheer number of customization's, Chrome can hold its own with Firefox, though: There are already over 11,000 entries in the Chrome Web Store, compared with Firefox's 6495. The hands-down winner, in terms of extra features, however, is Opera, a longtime innovator of browser features. Three unique offerings by Opera are Unite, Turbo, and a built-in mail client. Unite actually turns your browser into a Web server, letting you post photos or even host chat groups, while Turbo speeds up a slow Web connection using cached versions of pages on Opera's servers.

Apple's Safari, which many people may not realize is available for Windows as well as Mac OS X, has a couple of nifty tricks all its own. Safari Reader is a view you can use for news and other publication-type sites that shows just the text and article images, rather than all the ads and other page distractions. You can view pages from your browsing history using Apple's patented Cover Flow. Safari also offers a beautiful Top Sites gallery of your most-frequently visited sites when you open a new tab.

Speaking of tabs, all the modern browser do a great job of letting you view multiple sites, letting you tear them out into new windows and rearrange them as you like. But Firefox's Panorama feature takes tab organization to a new level. Also known as tab groups, these let those who tend to keep a ton of tabs open place them into separate named sub-windows. Firefox, however, is the lone holdout among browser in not giving you any help when you open a fresh tab, though—all the rest offer to let you open favorites or previously viewed sites. Opera gets special kudos for its characteristically innovative tab implementation: Not only can it combine multiple tabs into one, but it previews a site with a thumbnail view when you hover the mouse over a tab.

Google Chrome's top whiz-bang feature, like many aspects of the browser, is all about speed: Chrome Instant starts loading a page you've visited before even before you finish typing its address in the address bar. For many users, speed is the overriding concern when it comes to Web browsing, and this is just one more way that our Editors' Choice Web browser, Google Chrome, makes browsing the Web nearly as free-flowing and quick as thought. But since all of these browsers are just a free download away, there's no reason not to give another a try if it piques your interest from the descriptions above.

Chrome Instant means your Web page is ready to read before you finish typing the address. On top of this parlor trick, Chrome's speed, minimalist design, and advanced support for HTML5 have deservedly been attracting more and more users to the browser. The latest version adds an improved settings interface, and even more speed and security.

Firefox 4 got Mozilla back into the game. This lean, fast, customizable browser can hold its own against any competitor. It's also ahead of Chrome in offering some graphics hardware acceleration, though few sites take advantage of that yet. Firefox's maker Mozilla has adopted Google's fast release cycle used for Chrome, so we'll see several new version numbers for Firefox this year, though they won't pack the punch of previous upgrades.

Microsoft's latest browser is faster, trimmer, more compliant with HTML5—a major improvement over its predecessor. It also brings some unique capabilities like tab-pinning and hardware acceleration, but only Windows 7 and Vista users need apply. Its Tracking Protection and anti-phishing mechanism lead the pack.

Like the other current browsers Opera is fast, compliant with HTML5, and spare of interface. Long an innovator, recently it's added unique things like Unite, which turns the browser into a server, and Turbo, which speeds up the Web on slow connections through caching. Since it's far from being a market leader, you still run into the occasional site that says Opera isn't supported.

Safari is a fast, beautiful browser, but the Reader view and Reading List panel make it even more enticing. Leading support for HTML 5 features will also be important, but you can already get that in other browsers, too. Safari's strong bookmarking, RSS reader, and vivid new-tab page will also appeal to many.