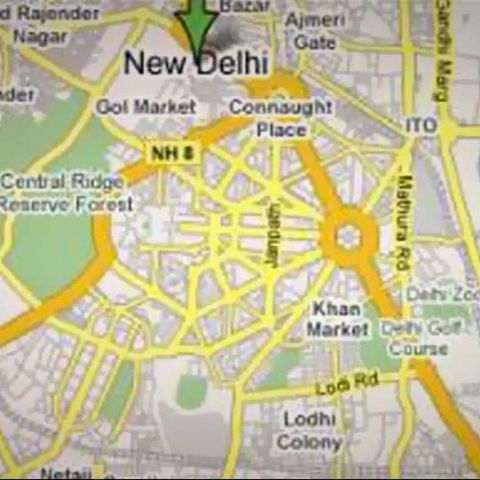 Bhartiya Janata Party (BJP) MP Tarun Vijay has lashed out at Google for allegedly breaching India's defence regulations on mapping. The member of parliament also demanded Google should submit its “illegally stored” data to the Surveyor General of India.

"Getting every inch of India mapped by illegally inviting people to send the data for their US-based servers presents a grave danger to the security and poses a challenge to the Indian state," Tarun Vijay is quoted as saying.

The BJP MP's scathing remarks come in the wake of Google's Mapathon 2013 competition in India under which the Internet company invited users across the country to add information about their neighbourhoods in the Google Maps. Google, however, had said the competition was aimed at improving map services in India.

According to Tarun Vijay, Google had violated norms by running such map campaign in India without required permission.

"The Mapathon activity by Google Maps is in contravention of the National Map Policy and map restriction policies issued by the defence ministry from time to time," he said.

Seeking a tough action against Google, Vijay said: "Restrict them, invoke the relevant law to book a case against them, interrogate their CEO in India and make them surrender all data illegally stored to the Survey of India. The law must prevail, however influential such agencies might be.”

It's not the first time Google has come under fire over its mapping services. Its Street View campaign has already been halted in the country over the privacy and security concerns. Google's mapping campaign has faced similar opposition in various countries such as Israel South Africa and Japan.