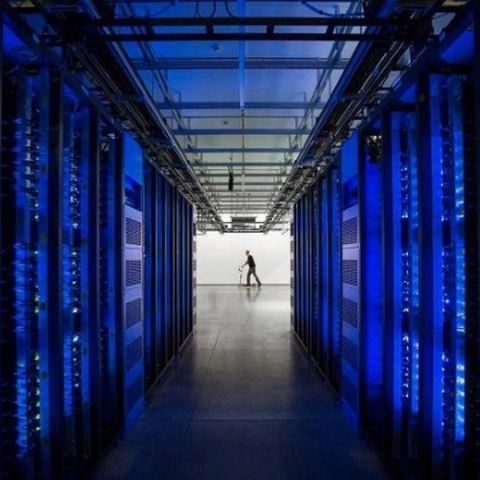 Apple is reportedly planning to develop its own high-speed data network to make it easier to control and deliver content like music, videos, etc to its users via the cloud. The network will also help the company compete with rival cloud services like Microsoft and Amazon.

According to a Bloomberg report, Apple wants to own and control network pipes, or cables, to link its four large US data centers and Internet hubs in cities. The company aims to push more data through its own network, consequently avoiding the huge fees involved in renting network capacity from other companies. Apple users need to high speed data to downloading iTunes content as well as back up content on iCloud. The Cupertino firm has also announced its own music streaming service at its Worldwide Developers Conference and according to rumors Apple wants to roll out its own online TV service. All these would require users to access a lot of internet data, so in an effort to deliver the content effortlessly Apple is planning to build its own network.

Bloomberg said, "Apple wants to rely less on providers like Amazon and Microsoft. It will connect data centers in California, Nevada, North Carolina, Oregon, and other locations, to get content closer to Internet hubs in some densely populated markets." Content from Apple would move through broadband networks and cellular towers for cable carriers and companies. Apple has been working on a way to send data through fiber lines at hundreds of gigabits per second. Andrew Schmitt, an analyst at IHS Infonetics Research, told Bloomberg, "User experience is very important to Apple, but delivery of its content is the one part of that experience it doesn't control. If they want to control and maximize that user experience, they're going to have to control that last piece."
Earlier this year, Apple revealed its plans to transform its Arizona-based sapphire production plant into an all-green data center that will employ 150 full-time people and be powered with 100 percent renewable energy. The company spent $1 billion towards building its data centers in 2014, according to a report by research firm Analysys. Apart from Apple, rivals Google, Amazon, Microsoft, and Facebook have also been spending billions of dollars on data centers.