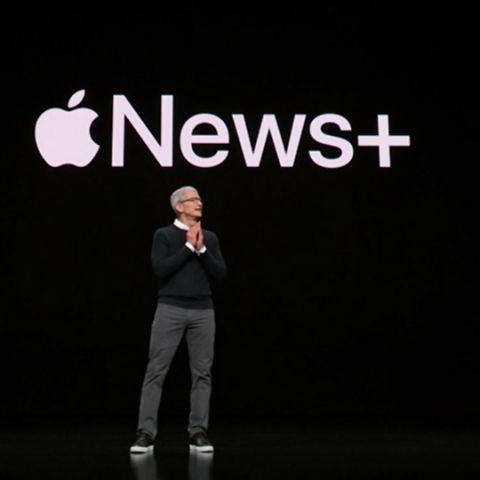 The Apple News+ magazine subscription service will enable users to access hundreds of magazines on their Apple device.

Apple has announced its Apple News Plus service, which basically integrates magazines with its Apple News service. The new service will feature over 300 magazines like National Geographic, Men’s Health, Vogue and others. As news and information from trusted sources is critical, Apple says that the entire service revolves around the same theme with curated content and trusted articles. The service can be viewed as an aggregator from where users can access various magazines by paying a monthly fee. Speaking of fees, the Apple News Plus service is priced at $9.99 (Rs 650 approx).

There is also Family sharing option in the Apple News Plus subscription, which is free and enables each user to get personalised customisations and curation. The new magazine subscription service is available for Apple device users in the US and Canada, and will be available for a month to try out. The service will be made available for the UK and Australia by fall this year and the rest of Europe will get it later.

The demo of the app during Apple’s event showcased how it is tailored to showcase magazines in a more presentable manner on an Apple device. Some magazines will feature live covers, and there will be featured article and new issues section too. Inside a magazine will be table of contents that will enable jumping between various section. There is also an option to browse the entire catalogue of magazines with a single tap. The demo was also showcased on an iPad, where the content scaled appropriately.

With a focus on privacy, Apple promises it will not track what its users read in Apple News Plus and won’t allow advertisers to track them. Apple said that over 5 billion article are read each month on Apple news. A team of editors pick the top stories, personalised news feed