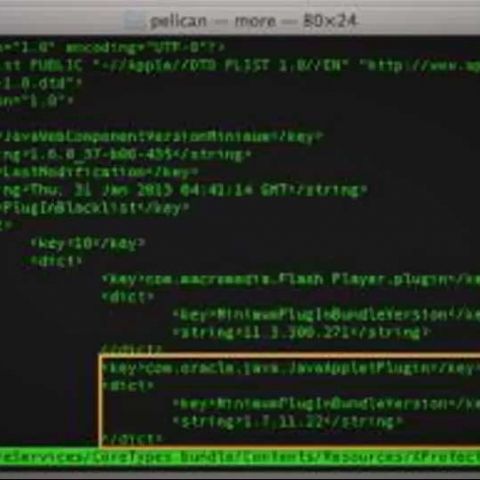 Apple has blocked the Java web plugin from running on Mac OS X computers under its Xprotect security system, citing security concerns. The Xprotect system built into Mac OS X requires applications to be a certain version to ensure that all applications are properly updated to remove security loopholes. However, Apple has updated Xprotect to require the JRE version 1.7.0_11-b22 build of Java whereas the current Java build released by Oracle is JRE version 1.7.0_11-b21.

This is the second time this month that Apple has blocked the Java web plugin on Mac OS X. After the first incident, Java quickly released an updated version that could run on the OS but even the updated version was susceptible to security exploits. Mac users can still run third-party browsers like Chrome or Firefox to get around the block, especially many banking websites use Java for online transactions. However, both these browsers are also gradually moving towards either completely blocking exploitable plugins or giving the user control in when to to run a particular plugin.

French website Mac G first noticed that Apple has blocked the updated Java plugin. Oracle has yet to release a new version that will pass through the Xprotect system on Mac OS X.