The 3/32GB and 4/4GB models of the Xiaomi Redmi Y2 will be discounted by Rs 1,000 and Rs 2,000 respectively during the Amazon Great Indian Festival sale. Here's a roundup of all Xiaomi deals on Amazon 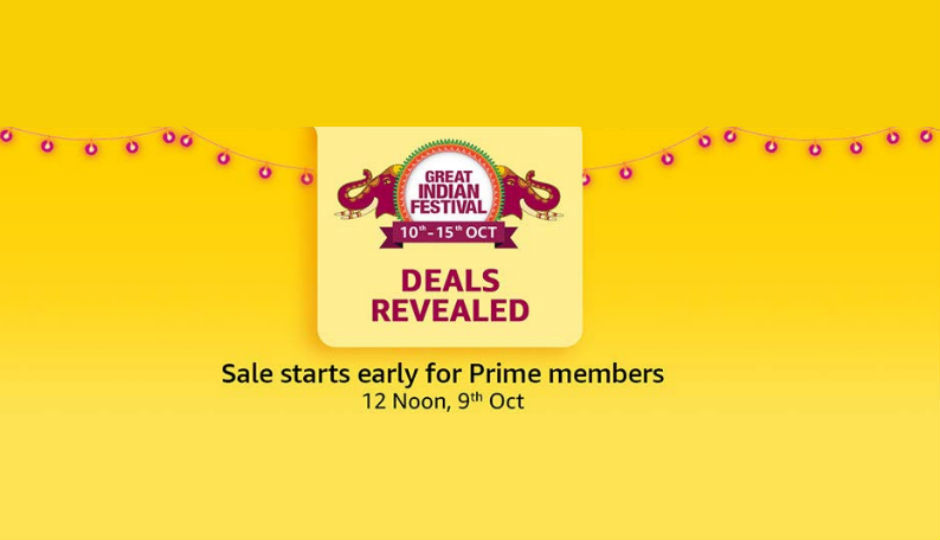 Amazon will be hosting its Great Indian Festival sale from October 10 till October 15. In order to attract customers, the online retailer will be offering deals, discounts and offers during the sale. However, before the sale kicks off, Xiaomi has revealed some of the deals that will be available on its devices during the sale and we have rounded them up here.

During the sale, all Xiaomi products, except the Redmi 6A, will be on sale with a 10 percent instant discount when purchased using an SBI debit or credit card. Buyers will also get to avail a Rs 1,000 discount on the 3/32GB model of the Xiaomi Redmi Y2 smartphone and it will be available for Rs 8,999. The smartphone’s 4/64GB model will also get a price drop of Rs 2,000 and will be available at Rs 10,999. The Mi A2 (review) will also be available at a discounted price of Rs 14,999, down from its currently listed price of Rs 16,999.

The Mi Bluetooth Speaker Basic 2, the 10000mAh and 20000mAh Mi Power Bank 2i, Mi Router 3C and several audio accessories by the company will also receive a price drop during the sale. However, neither the company, nor the online retailer has yet revealed how much discounts these devices will get and it is expected to be announced when the sale begins. Xiaomi’s recently announced Mi Band 3, 49-inch Mi LED TV 4A PRO, 32-inch Mi LED TV 4C PRO, Mi Home Security Camera and the Mi Luggage will also debut during the sale.

Ahead of the sale, Amazon has also revealed some offers and discounts on other products that will be available later. You can check out our curated preview of the top 12 tech deals on Amazon Great Indian Festival Sale here and the top five smartphone deals to watch out for during Flipkart Big Billion Days sale here.