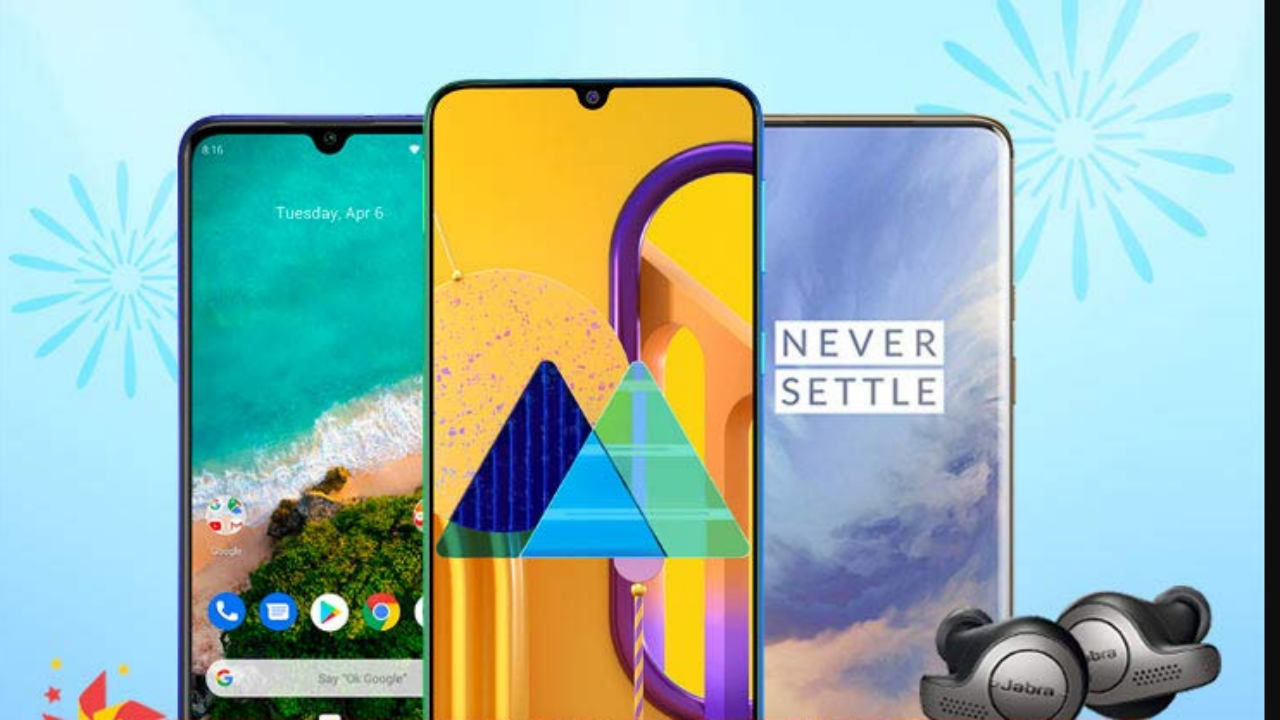 Amazon has teased some "Never Before Offers" on phones launched this year.

With Diwali celebrations coming up, online retailers are gearing up to announce their annual sales. While Amazon hosts the Great Indian Festival every year around this time, Flipkart is preparing to announce the Big Billion Days sale, which going by previous sales, could be held around September 21. While the two e-commerce platforms have yet to announce the dates and deals on gadgets, Amazon has a dedicated microsite for the sale where it is touting ‘Never Before Offers’ on smartphones like the Samsung Galaxy M30, OnePlus 7 Pro and the Xiaomi Mi A3. The online retailer is also teasing some special new launches, exchange offers, no-cost EMI option and deals on smartphones from 2019.

Flipkart, on the other hand, has revealed some details about the Mobile Exchange Program, which is said to be something to look out for this during the upcoming Big Billion Days sale. As per the e-commerce platform, all working phones will be considered in the exchange program this year, even if they have broken displays. The exchange value will also be based on the condition and the variant of a handset, instead of a pre-set fixed price. Additionally, Flipkart says it will also accept old smartphones that aren’t being considered under an exchange program by other online retailers. One can choose the ‘any other smartphone' option while opting for the exchange program, in case their device is not present in the list.

Both Amazon and Flipkart are once again preparing for the festive sales season, where they reported strong growṭh last year. In 2018, Amazon said that more than half a million users performed some sort of transaction on its platform during last years’ festive sale while Flipkart is said to have doubled its customer base during the same festive months of the sale.