After Google, Facebook now plans to deploy 20,000 Wi-Fi hotspots in India in partnership with Bharti Airtel 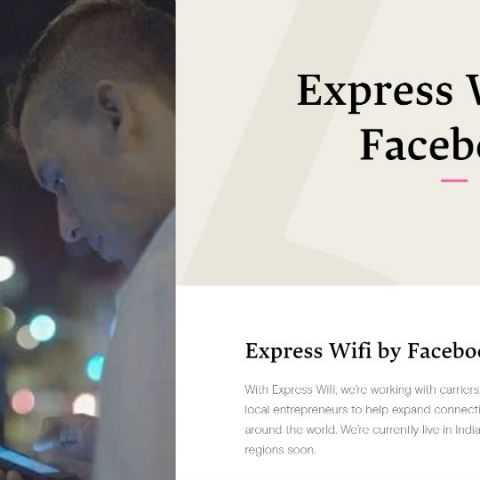 Everyone wants to chip in and help expand India’s internet population. Last year, Google partnered with Railtel to provide Wi-Fi hotspots across 400 railway stations in India. The company managed to cover more than 100 stations till December 2016 and is working to add more every month.

Seeing this as an opportunity, and the fact that its Free Basics programme did not gain steam in the country, Facebook has now partnered with Bharti Airtel to provide 20,000 Wi-Fi hotspots in India. With this collaboration, Facebook plans to use its Express Wi-Fi services to provide affordable internet access to Indians.

Facebook was already testing its Express Wi-Fi services in India since 2015. Other countries where the affordable Wi-Fi services are available include - Tanzania, Kenya, Nigeria and Indonesia. In a previous post detailing Express Wi-Fi, the company had mentioned, “When people are able to purchase fast, affordable and reliable internet, they’re able to explore the range of information it has to offer including news, education, health, job postings, entertainment, and communication tools like Facebook.”

Airtel and Facebook are reportedly working together to provide fiber connectivity in Uganda and hotspots under the Express Wi-Fi service will start popping up in India over the course of the next few months. Currently, Facebook is working with ISPs and local entrepreneur retailers to provide 700 Express Wi-Fi hotspots in the Indian states of Uttarakhand, Gujarat, Rajasthan and Meghalaya.

“Our mission is to empower people and make world open and connected. Half of the world is not connected to internet and that is a big opportunity. A major part of the world is not connected due to lack of infrastructure, lack of awareness and affordability. These are problems we need to address,” Munish Seth, regional head APAC, Facebook Connectivity Solutions, told ET. He also said that ISPs will have the ability to control and monitor these hotspots remotely.

Customers will be able to purchase these Express Wi-Fi services through Airtel using digital vouchers. Prices and exact locations for the same have not been revealed yet.