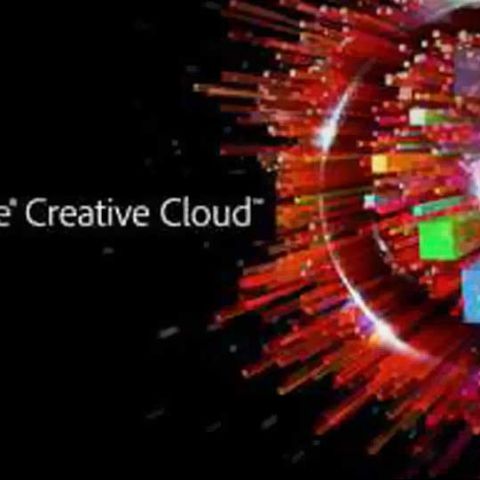 Adobe has announced the availability of Adobe Creative Cloud service in India. This is possibly the fastest launch of a major product ever, seeing how it was released internationally barely 24 hours ago. Adobe had earlier announced at its Adobe Max yearly conference that moving ahead, they will be switching completely to a subscription-based model, meaning there will be no more retail sales units of products after CS6.

Adobe Creative Cloud is bringing a one-stop solution for creating, editing and producing all kinds of content to everyone who may need it. The Creative Cloud approach by Adobe is one that allows users to indulge their artistic side on a variety of devices, be it a PC, Mac or a mobile device and yet have the works available across all platforms thanks to the cloud integration. Creative Cloud includes the next generation of 15 Adobe desktop applications -- including Adobe Photoshop CC, InDesign CC, Illustrator CC, Dreamweaver CC, Premiere Pro CC and more. Adobe Creative Cloud includes more than 30 tools and services that enable professional-grade content creation and delivery across print, web, mobile apps, video and photography.

Here’s what’s being offered by the new Creative Cloud suite of applications according to Adobe:

For designers, the Touch Type tool in Illustrator CC offers a new level of creativity with type. Move, scale, and rotate text characters knowing that it remains editable. This feature works with a mouse, stylus or multi-touch device. Illustrator also enables painting with a brush made from a photo. Art, Pattern, and Scatter brushes can contain raster images, so designers can create complex organic designs quickly, with simple brush strokes. A new, modern architecture for InDesign CC turbocharges performance, and in-browser editing in Adobe Muse™ CC - a tool for designers to create and publish HTML websites without writing code -- allows clients to make edits to a published website, which can then be reviewed, approved, and updated by the designer.

Web designers and developers can look forward to significant advances in Adobe’s family of Edge tools and services. The latest Edge Animate CC lets web designers create animated and interactive content with amazing ease and precision, using native HTML, CSS and JavaScript. Dreamweaver users can look forward to the most up-to-date CSS and properties via the intuitive visual editing tool, CSS Designer. And Adobe Flash Pro CC features a modern, modular 64-bit architecture rebuilt from the ground up to be fast and reliable.”

Adobe’s decision to do away with the retail units of their various creative tools sent a massive shockwave through the creative industry, with many users arming themselves with pitchforks. Many said this was Adobe’s way of strong arming people into paying up for software whose ownership was being taken away from the users. Many feel that a choice has been taken away, with Adobe also stating that they will not be providing any more updates for the CS6 lineup of products, and that the company would now only be focussing on the development of Creative Cloud portfolio. The outcry has been pretty bad, which explains how a pirated version of Adobe CC has already started popping up around the internet, barely a day after its launch.

Adobe Creative Cloud is a subscription based service that allows you access to the entire Adobe Master Collection for Rs. 2,700/month (annual commitment) or Rs. 1,600/month for those who already own software in the CS3-CS5.5 range. If you need access to only a single app, it will only cost you Rs. 1,000/month and if you’re a student or a teacher, you can have the entire Adobe collection at your disposal for just Rs. 1,000/month (if signed up for before June 25, Rs. 1,600/month after).