30% of orders on Snapdeal come from mobile phones 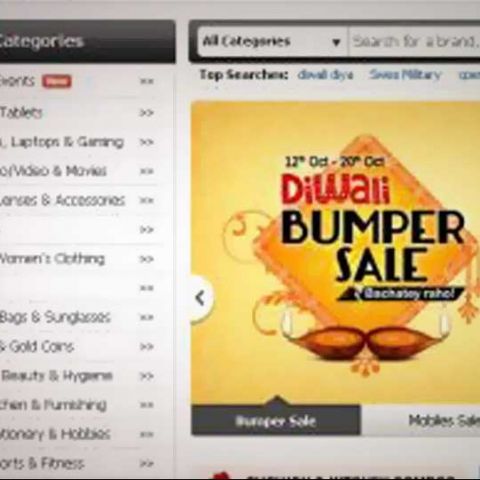 Snapdeal's study on m-commerce trends reveals orders placed over from mobile phones have grown 10 times in the last 12 months. The online retailer also aims to take more initiatives in the near future to tap the mobile phone users.

Online marketplace Snapdeal's recent study on the m-commerce (mobile based transactions) trends reveals 30 percent of all orders placed over on the store are for mobile phones. According to Snapdeal, this trend has grown 10 times in the last 12 months.

“Most popular browsers are Stock Android, Opera Mini, Chrome and UC. These browsers contribute to 86 percent of visits & 91 percent of orders,” says the company in a release.

According to the study, about 75 percent of the mobile based transactions involve cash on delivery and 25 percent are prepaid transactions. Majority of the users/ customers are from Delhi, Mumbai, Chennai, Kolkata, Bangalore and Hyderabad.

“We have seen a jump by over 50% in the last few days on mobile and tablet based orders on account of the upcoming festive season. Apart from Tablets and Mobiles, we’ve witnessed a trend where customers have been seen to purchase Large Appliances such as Washing machines, refrigerators, air conditioners, geysers etc,” says Snapdeal in a statement.

New figures from Snapdeal come shortly after the online retailer introduced a new online platform where users can sell used gadgets mobile phones, tablets and laptops in exchange of cash. Snapdeal is planning to expand its ReGlobe services to other categories and brands in the near future.