Microsoft's survey reports that impact of phishing and identity theft could be as high as $5 billion globally. 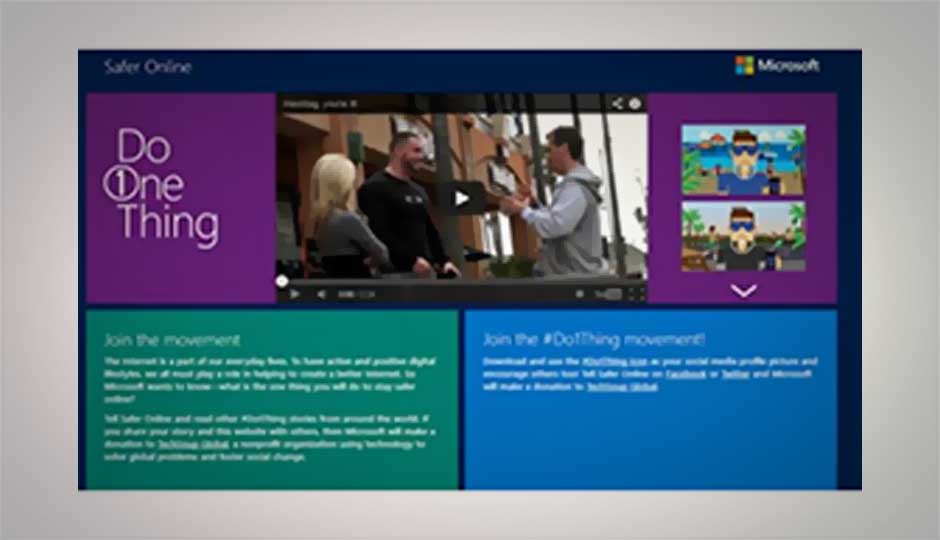 Microsoft's third annual Microsoft Computing Safer Index (MCSI) report has outlined that the online safety maintained by Indians is quite poor. The report stated that nearly 20 percent of internet users in India are victims of malicious attacks.

Microsoft released the report on February 11, which is also the International Safer Internet Day. According to MCSI survey, identify thefts and world wide impact of phishing could be as high as $5 billion. Apart from that, the cost of repairing online reputation is far higher at around $6 billion or an estimated average of $632 per loss. Microsoft reported that 20 percent Indians claimed to be victims of phishing while 12 percent claimed to be victims of online identity theft at an average cost of Rs 7500.

The MCSI survey, conducted between March and May 2013 asking consumers to share their online experiences for the last 12 months, measured the online safety behavior of almost 10,500 consumers in 20 countries including Australia, China, India, Indonesia, Russia, Singapore, the UK, and US among others.

Globally, only 34 percent of the users said that they limit the amount of personal information that strangers see on social networks. While 38 percent said they adjust their social network privacy settings, only 35 percent use a PIN (personal identification number) or password to lock their mobile device.

Microsoft suggested that consumers should visit its recently launched interactive site and see the ‘Do 1 Thing’ campaign. The campaign features important tips regarding online security and provides education and guidance on how to avoid online risks.

“The Internet touches our lives every day, whether we are communicating with loved ones, for work, shopping, and paying bills,” said Prakash Kumar, national technology officer, MicrosoftCorp. India Pvt. Ltd.

“But, how cautious are we about monitoring our online presence, and taking note of our own vulnerabilities? There are many things you can do to stay safer online. What is needed is to do just one thing, and we can all be much safer, together." 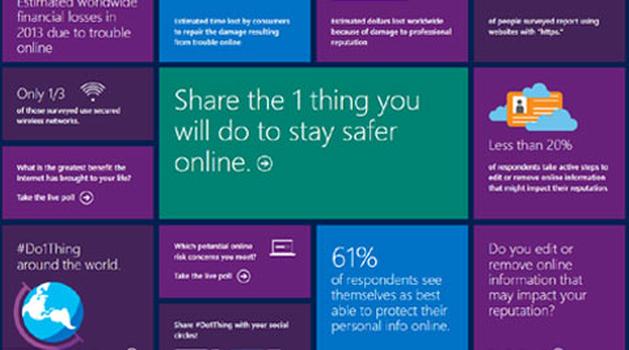