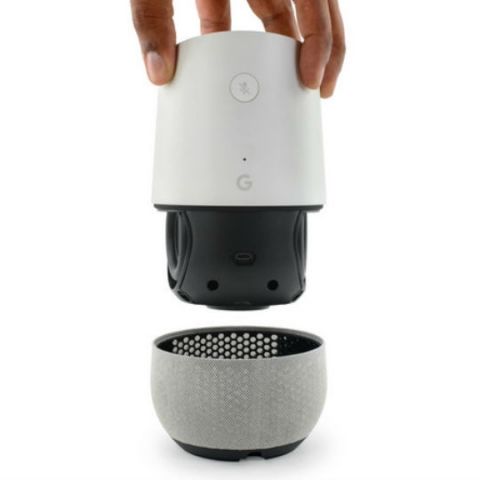 Smart gadgets listening in on your conversation may not always be a bad thing. Police officers were called to a home outside Albuquerque, New Mexico when a smart device called 911 and the operator heard the accounts of the confrontation thanks to the smart device. According to the police Eduardo Barros was house-sitting at the residence outside Albuquerque, New Mexico with his girlfriend and their daughter. During an argument, Barros allegedly pulled a gun on his girlfriend and asked her, “Did you call the sheriffs?”. A smart device present in the house apparently heard, “call the sheriffs,” and proceeded to call the authorities. Police have said that the man’s girlfriend was injured but did not need to go to the hospital. The couple’s daughter was unharmed.

This isn’t the first-time information from a smart hone has helped the authorities. In another case, Amazon Echo played a pivotal role in a murder investigation in the state of Arkansas.

In this instance, the smart home device is the hero but when you think about it, you realize that these gadgets are listening to you all the time, and the issue here is privacy. Privacy has been a concern especially when you consider the things these smart home devices that are connected to the internet listening to your voice can do. Apple is launching the HomePod and we already have smart speakers such as the Amazon Echo and Google Home available in the market right now. Amazon’s purpose is to sell you everything under the sun, so it is collecting your search data for appropriate recommendations. Google’s business model is based on serving users relevant advertisements and so privacy concerns are an issue. What's stopping Google Home from serving a product placement or an advertisement when you are planning your day's schedule? It's already happened too.

In March 2017, Google Home devices played what sounded a lot like an ad, even though Google denied it. The spot was a promotion for the Disney film “Beauty and the Beast.” This happened when users asked Google Home for a preview of their day's schedule by saying, “Okay Google, tell me about my day.” Google gave the user a rundown of the schedule and added, “By the way, Disney’s live action Beauty and the Beast opens today.” It was promptly removed, but remains something we must be wary of.

Apple very specifically announced at the event that the HomePod only listens and sends anonymised, encrypted data back to Apple after you’ve said “Hey Siri” rather than constantly eavesdropping and that's something privacy buffs can look forward to. User data is not a part of Apple's business model, as it is with Amazon and Google. So, it is possible that Apple will maintain stricter privacy controls on the HomePod. To add to Apple's privacy policy, I'd like to direct your attention to an FBI case where Apple was asked to grant access to an iPhone and Apple refused.

Smart devices informing the authorities when a domestic dispute or a serious situation occurs may sound reassuring but the other side of the story is that these devices may just be the villain in your life, silently listening to every word you say, every day, waiting for the opportune moment to reveal your deepest darkest secrets!