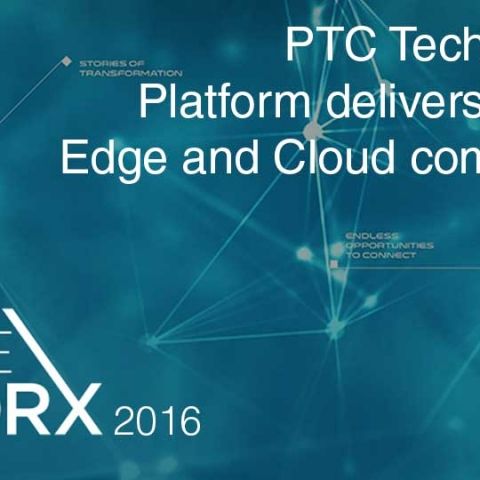 PTC unveiled plans for expanding the capabilities of edge computing by offering distributed and hybrid models including edge and cloud computing. The idea is simply to offload some of the heavy lifting at source. The company has released details about their pre-integrated edge “solution stack” covering comprehensive capabilities. This will enable them to collect and aggregate the data from sensors, implement a high level of automated machine learning and predictive analysis, deploy development in web and mobile, and extend support for AR (augmented reality) technology.

IoT consists of an unaccountable number of devices with sensors broadcasting and receiving data from various embedded systems. The predominant architecture of IoT computing faces a huge setback when it comes to the traversal of data, being directed to a centralised cloud service. Due to this, an unacceptable amount of latency is generated since it clogs up the available bandwidth. This can result in serious problems in terms of sensitive applications such as medical and surveillance systems. Edge computing tries to cut down the dependency on the cloud and shift it to network edges that lie between the IoT devices and the cloud. PTC is offering solutions with this approach to efficiently take advantage of computing at the edge. This will ensure that the pressure on the cloud is reduced and the operations are mainly focused close to the data acquisition points.

PTC’s customers will be able to enjoy an optimised IoT architecture rather than the traditional one. They will be able to deploy their systems in their own customised configuration with the benefit of edge computing for a faster and efficient processing of sensor data. Customers will also have the capability of integrating a distributed architecture and get access to leading public device clouds such Amazon’s Web Services (AWS) IoT and later support Microsoft Azure IoT Hub, under their ThingWorx open cloud platform.

The company has a number of partners for its IoT technology platform including HP and National Instruments. Kepware takes care of the primary sensor data from control systems that can be further aggregated with secondary sensors. To address integration of augmented reality applications, Vuforia Studio Enterprise was also announced which enables augmenting real world objects with digital overlays of data using iPads and devices like the Microsoft HoloLens.

This update is part of our on-ground coverage of #LiveWorx 2016. To check out a demo of the kind of apps that can be created using Vuforia click here. To read more articles pertaining to the same event, click here, here or here.