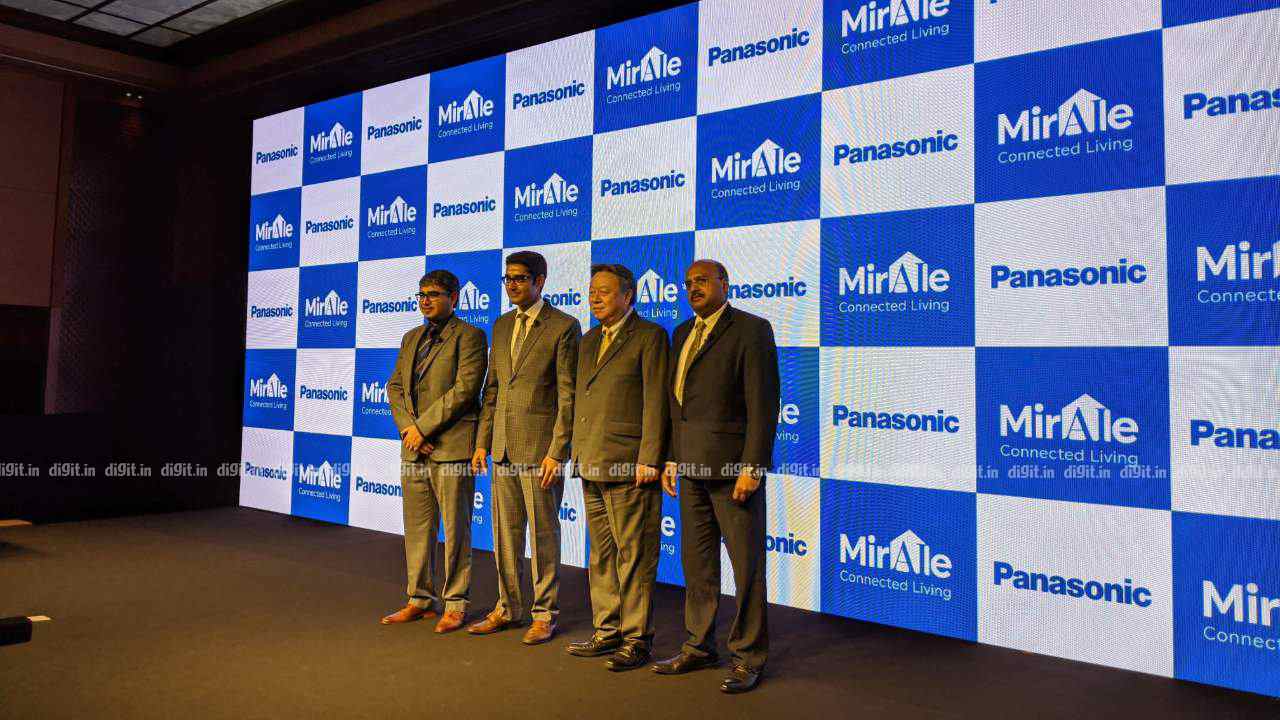 As if to add to the rising competition in the Indian connected home appliances market, Panasonic announced earlier today the Miraie connected home experience. Available in Panasonic’s home appliances such as water heaters, air conditioners, ceiling fans, and washing machines from this year on, Miraie aims to give more control to the user through the use of voice commands and Panasonic’s proprietary Miraie app, which is currently available on the Google Play Store and Apple App Store.

Miraie-enabled home appliances from Panasonic use the ZigBee home automation specification to allow remote operation using the Miraie smartphone app. For example, a user will be able to control their Panasonic air conditioner remotely using their smartphone. In addition, these Miraie-enabled appliances have native support for digital voice assistants such as Amazon Alexa and Google Assistant, which will allow users to control their Panasonic home appliance using their smart speakers or smart displays.

Nearly all inverter-driven air conditioners in Panasonic’s 2020 product portfolio will feature Miraie, said Manish Sharma, President and CEO of Panasonic India and South East Asia, in a response to Digit at the launch event in New Delhi. According to the Japanese electronics manufacturer, the Miraie smartphone app will also act as a digital warranty card for all Miraie-enabled appliances. Customers will also be able to purchase spare parts and perform preventive diagnostic checks using the app.

Miraie will work across many of Panasonic’s products, including air conditioners, smart doorbells, smart plugs and switches, etc. It’s worth noting that Panasonic sells domestic plugs and switches under the Anchor sub-brand. According to Panasonic, Miraie means future in Japanese. The Miraie experience was conceptualised and developed at Panasonic’s India Innovation Centre in Bengaluru. The company says it ran consumer feedback programmes across five Indian cities during the development of Miraie to understand the wants of its consumers.