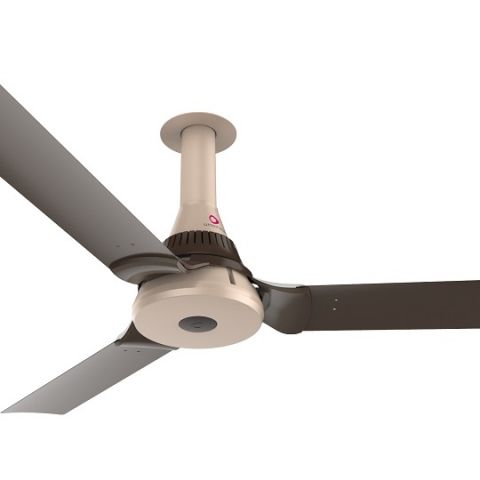 With summer just around the corner it seems only fitting that there should be more players in the ceiling fan market. The new player in town is Ottomate International, an Indian consumer electronics brand founded in 2017. Ottomate has launched its first range of smart fans in India today, which, using the Ottomate Smart App, can be controlled remotely without the use of a typical wall switch. The company’s smart fans employ Qualcomm’s latest Bluetooth Low Energy chipset with CSRmesh.

“Technology is what technology does to everyday life. At Ottomate, we leverage cutting-edge technology to innovate and reinvent simple appliances like fans, lights etc., so that your life at home can be easier, better and more exciting. Our Ottomate Smart Fan range will be SMART, BEAUTIFUL and AFFORDABLE – making your home a more exciting and engaging place to live in,” said Ottomate’s CEO Vishal Sehgal, who co-founded Ottomate and previously Lava International Ltd, the well-known Indian smartphone brand.

Ottomate’s smart fans are equipped with a single printed circuit board assembly that consists of Qualcomm’s CSR1020 chipset (enabling Bluetooth Low Energy with CSRmesh), industry-grade digital temperature and humidity sensors, and an electric motor whose speed can be controlled steplessly using the app. Currently available only on Google Play Store, the Ottomate Smart App presents the user with preset modes like Auto, Breeze, and Turbo, apart from allowing the user to set the fan speed manually.

When asked about compatibility with virtual assistants like Amazon Alexa and Google Assistant at the product demo, Ottomate’s CEO said that future over-the-air firmware updates could enable that compatibility in the smart fans and that the number of users of these assistants had not yet reached “critical mass”.

Ottomate’s range of smart fans starts at Rs 3,999. Its offerings include Smart Ready, which is not a smart fan but can be “made smart” for around Rs 1,200, and Smart Standard, along with a Bluetooth Low Energy-enabled remote commander. Ottomate expects to sell its fans on e-commerce websites like Amazon.in, and on its own website from March 20. Buying an Ottomate smart fan entitles the customer to free home delivery and installation services.