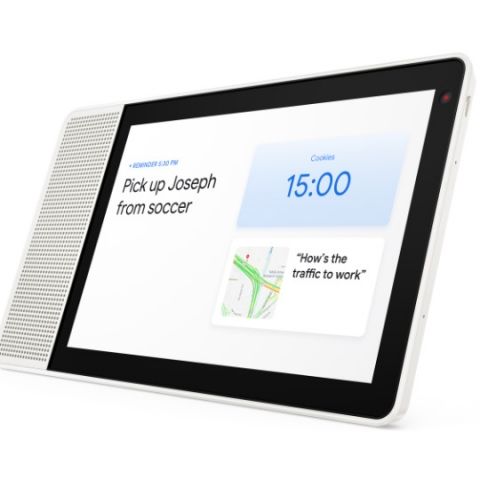 Lenovo has unveiled its new Smart Displays at CES 2018, which come integrated with the Google Assistant. The smart assistant will also make its way to several similar devices, which will be manufactured by Lenovo, Sony, LG and JBL. The new devices are expected to compete with Amazon’s Echo Show, which also sports a display and comes with Alexa built-in.

The new Smart Displays by Lenovo are expected to go on sale by mid-2018 in two variants. One will feature an 8-inch HD screen, whereas the larger 10-inch variant will sport a Full HD resolution and will be priced at $199 (Rs 12,600 approx) and $249 (Rs 15,800) respectively. The devices will also support Google Maps, YouTube, Google Photos, and Duo for video calling. In addition, the Smart Displays will also act as a smart hub for controlling Nest and other smart home devices.

Except for the differentiating screen size, both variants of the Lenovo Smart Display are the same. As per the report, they are powered by the Qualcomm's SDA 624 SoC and come with a 720p camera. There is a speaker placed vertically to the left of their screens and the front-facing camera comes with a physical slider to cover it while not in use. There is a built-in stand, which can be used to place the devices horizontally or vertically.

The news of Google planning its own tabletop smart screen surfaced back in September last year. However, it was speculated that the company was working on its own hardware instead of partnering with other hardware manufacturers.