Google Home Mini to be launched at $49 on October 4, allegedly appears in FCC filing 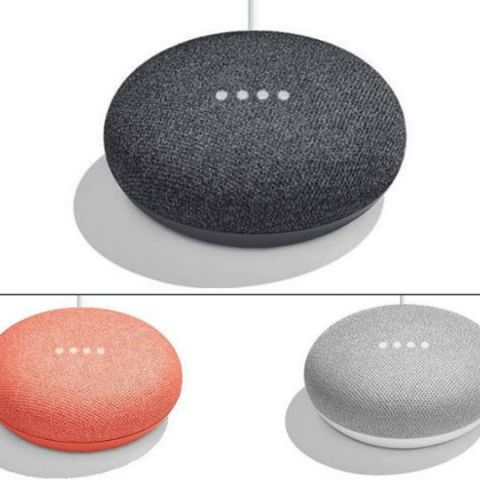 Update: A recent FCC filing from Google reveals a "media streaming device" with a circular base. This is most likely the new Google Home Mini speaker as revealed in the below mentioned leak. The FCC ID A4RHOA similar to the original Google Home’s ID A4RH0ME.

Google Home Mini, a smaller version of the Google Home speaker, is reportedly going to be launched for $49 (Rs  3,161) on October 4. Google is likely to unveil the speaker alongside the second-gen Pixel smartphones at an event being held in San Fancisco.

"We have heard rumours about a Google Home 'mini' possibly being on the way and today, we can confirm that it exists, how much it costs, and the colours it will be available in. This is the Google Home Mini," Droid Life reported late on Tuesday.

The Google Home Mini speaker is expected to arrive in Chalk, Charcoal and Coral colours. Unlike the Google Home, the Home Mini is expected to be a wired speaker as per reports. The IoT speaker will house Google's AI-based voice Assistant which will help users set reminders, listen to news, control home IoT devices and more.

Google seems to be following in the heels of Amazon, which also offers a smaller hockey puck-sized speaker called Echo Dot powered by its AI assistant, Alexa. It is rumoured that Amazon is getting ready to launch the larger Echo and the smaller Echo Dot speakers in India sometime during the festive season this year. The Google Home is yet to officially launch in India, but given the budget price tag of the Home Mini, the company might introduce it in the country.

From the images supplied by Droid Life, the Google Home Mini speaker looks like a miniaturised version of its predecessor. All the three colours can be seen in the images, and the speaker might feature replaceable bases just like the larger Google Home.

Google is also expected to introduce a refreshed version of its Daydream VR headset at the October event, alongside the Pixel smartphones and a high-end Chromebook called the Pixelbook.

The Pixel 2 and Pixel 2 XL handsets are expected to feature the same Snapdragon 835 chipset as every other high-end Android smartphone. The devices are not expected to house dual cameras, as with every other flagship device this year. The phones could also come with an always-on display, similar to the one found on Samsung's Galaxy S8, S8+ and the recently-launched Galaxy Note 8.

Both Pixel 2 and Pixel 2 XL are expected to be premium flagship devices designed by Google and built by HTC and LG respectively.