Amazon has announced the Echo Flex wall-mountable smart speaker in India at Rs 2,999. 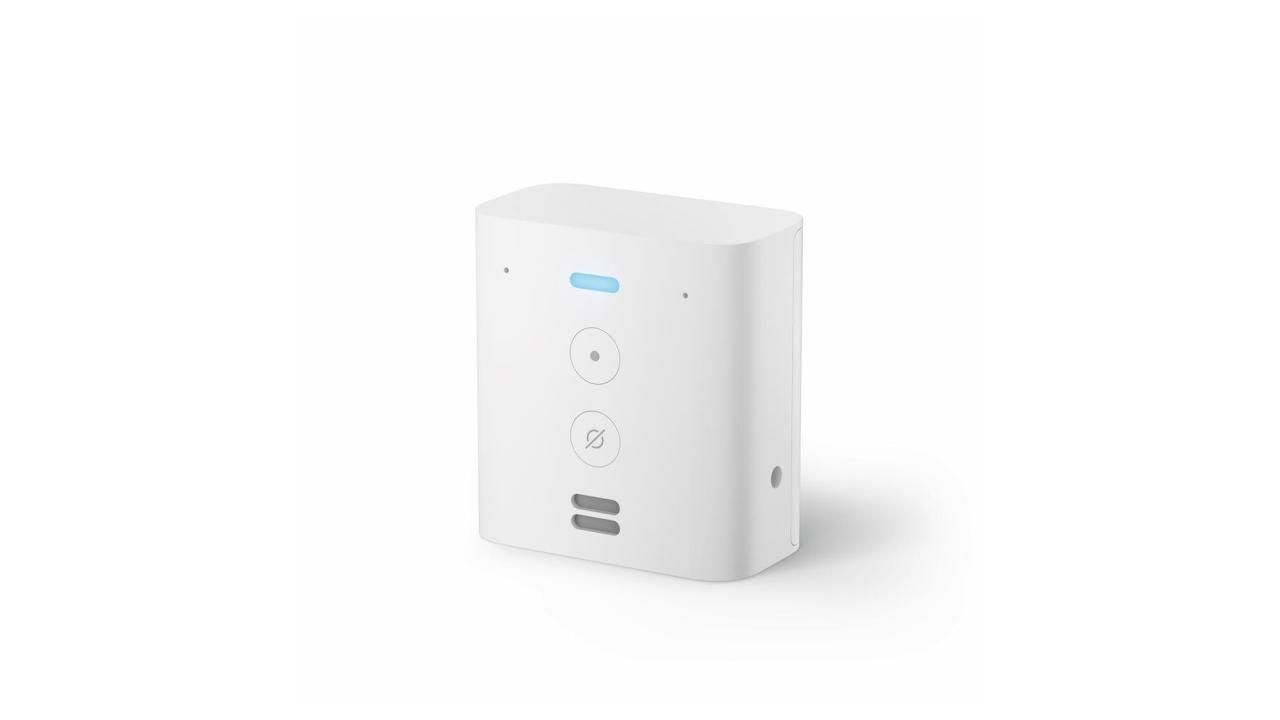 It probably wouldn’t be inaccurate to say that Amazon has as many Echo device launches these days as Asus has with its laptops. The Jeff Bezos-led multinational has announced yet another Echo smart speaker in India but this one is admittedly a bit different to look at and operate. Unlike the rest of the Echo devices from the present and past, this one is wall-mountable. It’s called the Echo Flex, and it is up for pre-order on Amazon.in at Rs 2,999. Deliveries will begin after December 10.

Easily one of the tiniest Echo devices from Amazon at present, the new Echo Flex resembles a mosquito vaporiser in its single colour option of plain white. Like any other Echo device, it is powered by the Amazon Alexa virtual assistant. On its flat front face, there are a couple of microphones to pick up the user’s commands and a tiny blue LED light to show status. You also see of course the Action button (to bring up Alexa and setup mode) and Microphone Off button (to suspend Alexa voice commands).

While the larger third-generation Echo Dot features a 1.6-inch speaker, the Echo Flex comes with a much smaller 0.6-inch speaker, which, we assume is best reserved for Alexa’s responses. We’ll have to review the product to tell you how good it is for music playback. Fortunately, the device comes with a 3.5mm jack on the side for audio output, so you can always hook it up to a pair of more powerful speakers. What’s more, the Echo Flex sports a single USB-A port at the bottom. Amazon says that, with its 7.5W output, the port can be used for smartphone charging.

“Our customers are looking for more options on where they can place Echo devices across their homes. We heard them. With its compact form, Echo Flex can be plugged in directly into an electrical socket to provide all functionalities of an Echo device,” commented Parag Gupta, Head of Amazon Devices, in the press release we received. The Echo Flex can be used to control smart home appliances made by supported manufacturers such as Philips, SYSKA LED, Oakter, TP-Link, etc. You can pre-order your Echo Flex from here.