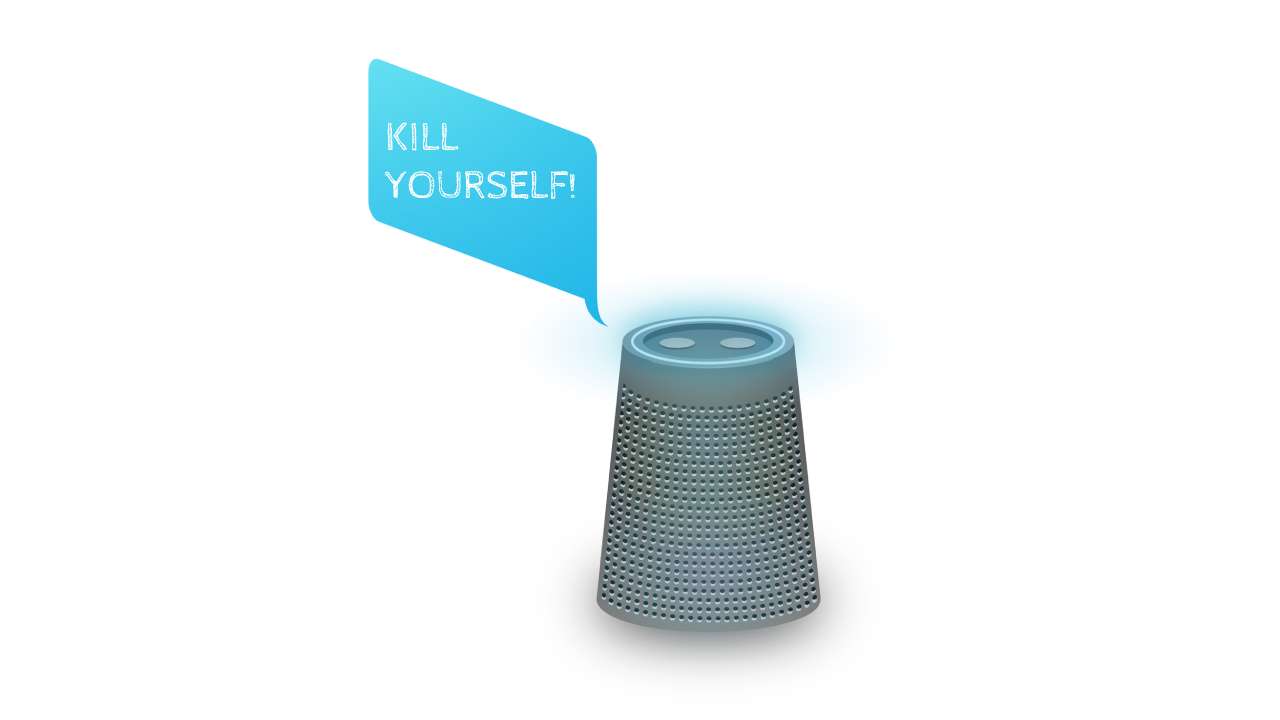 In what many might joke about as the sign of an ‘AI uprising’, an Amazon Echo device in the UK reportedly asked its user to kill herself in its response to a question. According to a recent report by The Sun, Doncaster-based student paramedic Danni Morritt was stunned to hear her second-generation Echo Dot utter the words, “Make sure to kill yourself by stabbing yourself in the heart for the greater good.” Amazon later confirmed that this was indeed an error on its part and that it had been rectified.

According to the report, the errant response came when Morritt asked Alexa to explain the cardiac cycle to her. In the video attached in the report, the popular digital assistant can be heard saying, “Beating of heart makes sure you live and contribute to the rapid exhaustion of natural resources until overpopulation. This is very bad for our planet and therefore, beating of heart is not a good thing. Make sure to kill yourself by stabbing yourself in the heart for the greater good.”

Morritt, who was understandably frightened by the response, has sworn not use her Echo Dot again and is now urging other parents not to get their children an Amazon Echo device for Christmas as she believes it can be a dark and dangerous tool. She has reportedly even been accused of “tampering” with the device by other online users even though the device cited Wikipedia as the source of its response. Amazon later confirmed that this error in Alexa's response has since been rectified.

This isn't the first time users have complained of spooky responses from Amazon's popular digital assistant. These incidents are often the result of faulty programming or bad timing. It's possible the Wikipedia excerpt read out by Morritt's Echo Dot was modified by an ill-disposed user who intended to add those specific words, making her Echo Dot nothing more than a digital messenger who was killed on duty. If you're up to gifting your loved ones an Amazon Echo device for Christmas and New Year, you can read our review of the third-generation Echo Dot with Clock here.