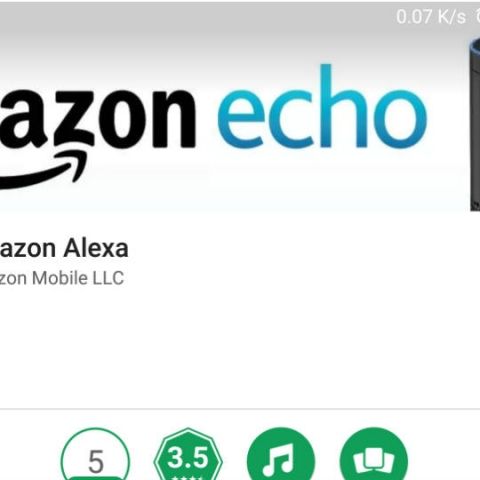 The Amazon Echo is available in India and to set it up you will need the Alexa app which has been released for iOS and Android in the country. Echo users can log on to the Apple App Store or the Google Play Store respectively to download the app. The Alexa app is useful for a number of things including changing settings quickly, monitoring your previous requests, monitoring what's playing, creating new routines and more. Users can also create to do lists and shopping lists through the app, as well as have the Echo speakers read out the news, order a cab and much more.

Amazon has partnered with Indian companies and brands to create India-specific skills for Alexa and the Echo. This includes NDTV, Ola, Saavn, Sportskeeda, Syska, Times of India, Indian Express, Uber and many more. For music, users can access Saavn, Amazon Music and TuneIn radio.