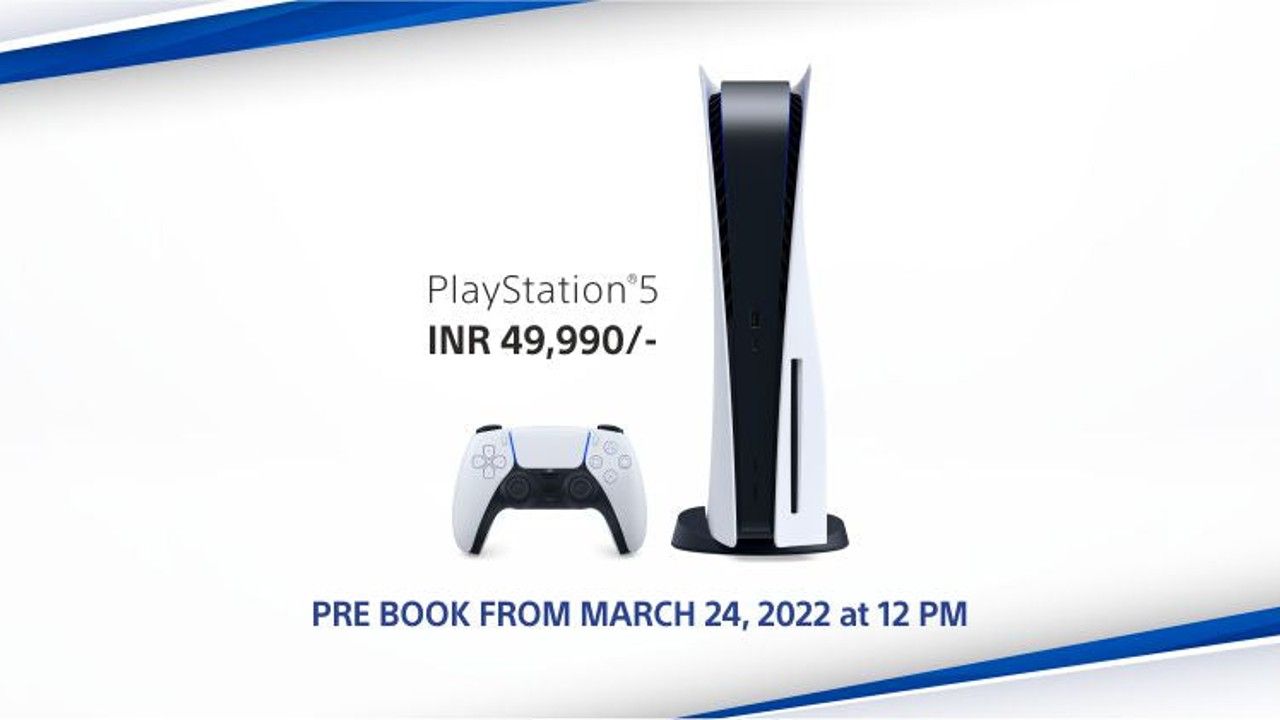 Sony PS5 will be available for pre-order on March 24

The Sony authorised dealer, shopatsc.com has listed the PS5 as being available for pre-booking from March 24, 12:00pm onwards.

It has been over a year since the Sony PlayStation 5 was released. However, stock shortages continue to plague the system. As such, prospective buyers of the system have little option but to either wait for the system to be in stock or bite the bullet and pay an exorbitant amount of money to a scalper.

Thankfully, gamers have another chance to get their hands on the system legitimately. The Sony authorised dealer, shopatsc.com has listed the PS5 as being available for pre-booking from March 24, 12:00 pm onwards. As is usually the case, expect other retailers such as Amazon India, Flipkart, Vijay Sales, Games the Shop and more to offer the same.

Getting any next gen-console has been quite tough the world over thanks to a global chip shortage. The Sony PS5 (review), as well as the Xbox Series X (review), have been tough to come by. Both the consoles offer gamers something special when it comes to exclusives. Sony offers games such as Spider-Man Miles Morales (review), Sackboy: A Big Adventure and, Ratchet and Clank: Rift Apart (review). It will also offer God of War: Ragnarok, which is a sequel to 2018’s God of War.

But don’t count out the Xbox just yet. The console’s Game Pass subscription service is one of the best deals in gaming. Not only that, but Microsoft has been on a bit of a spending spree of late. The company has already acquired Zenimax Media, which owns Bethesda, Arkane Studios and id Software. It was recently purchased by Activision Blizzard. As such, Microsoft now holds the keys to some of the biggest franchises in gaming. This includes the likes of Elder Scrolls, Fallout, Doom, Dishonored, Call of Duty, World of Warcraft, Overwatch, Diablo and many more.